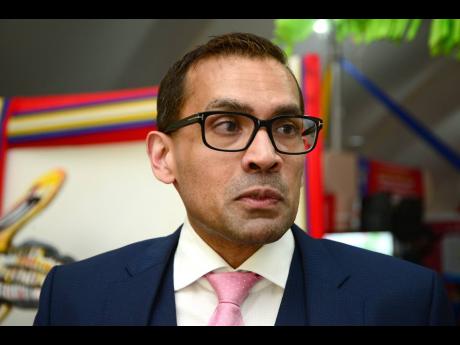 A former University of the West Indies (UWI), Mona, law professor has won the first round in a legal fight with a former colleague at a Canadian institution at which he taught.

In a judgment handed down in the High Court in Trinidad and Tobago last Monday, Professor Julie McFarlane was ordered to pay Dr Emir Crowne TT$450,000 (J$9.68 million) at the end of a defamation suit filed in his home country.

Crowne, who has gained a reputation as being one of the Caribbean’s most outspoken sports attorneys, told The Sunday Gleaner that he would be enforcing the decision of the Trinidad and Tobago court in Canada to have a permanent injunction placed on McFarlane, barring her from repeating the allegations.

McFarlane is currently a law professor in Canada at The University of Windsor, where Crowne was employed as a lecturer between 2007 and 2015.

Crowne, who was voted Professor of the Year by the student body four times in six years at The University of Windsor, said he resigned from the institution voluntarily and that no adverse claims had been made against him then.

The court said McFarlane admitted to sending an email to the dean of the Faculty of Law at The UWI, Mona, copying it to other persons at the university, with the unsubstantiated claims.

The court heard that an investigation was done by The UWI, “but no adverse finding was made by the dean against [Crowne]”.

The court found that before that, in April and May of 2017, McFarlane called partners at a law firm in Canada where Crowne was working, making similar allegations.

She was unable to prove her damning claims as the case was heard, even as her lawyers tried on multiple occasions to challenge the jurisdiction of the Trinidad and Tobago court to hear the matter.

“The statements impacted negatively on the claimants health,” Justice Ronnie Boodoosingh, who heard the case, reported in the ruling. These allegations, he said, were as “damning as a person can be accused of”.

“Of course, allegations of this nature being made must be taken seriously. But persistent allegations were made by the defendant against the claimant and absolutely no evidence has been advanced to support them,” Boodoosingh reasoned.

“The only conclusion that the court can reasonably draw here is that she did not care too much to substantiate or provide any support to her contentions,” he added.