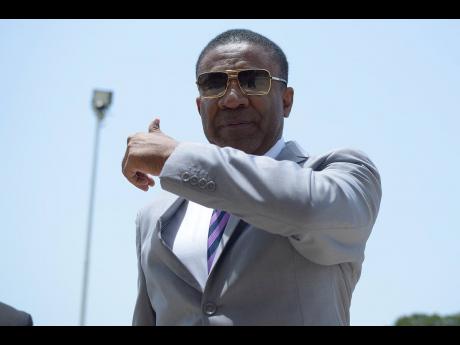 The chairman of Camperdown High, which has been engulfed in the Petrojam scandal, has fired back at the Integrity Commission, declaring that the school’s administration has nothing to hide.

This after the commission reported to Parliament that the director of investigation had not been provided with any official bank records by Kingston Eastern and Port Royal Member of Parliament Phillip Paulwell or principal Valentine Bailey to confirm the balance held in a NCB Capital Markets account in which $6 million was donated by Petrojam.

“If the Integrity Commission wants to do an order, we have absolutely nothing to hide, and they can do it.”

Camperdown received a donation of $6 million to upgrade its sporting facility to a mini-stadium.

The request for the donation was reportedly made by Paulwell.

According to the commission, Paulwell advised its director of investigation that his donation-request letter was written on the advice of then Energy Minister Dr Andrew Wheatley, who had portfolio responsibility for Petrojam.

The Integrity Commission found that $1.75 million was paid for the provision of surveying and architectural services.

So, what was the rest used for?

“There was a residue, and the residue was at NCB Capital Markets, and the school had reasons to use it for a period of time and had responsibility to replace it once the project is going to get going,” McLeod said, adding that he was personally against redeploying funds earmarked for specific purposes.

The board chairman added: “I have mandated that they be provided evidence of the lodgement at NCB Capital Markets, evidence of every withdrawal that has ever been made or borrowed from it, evidence of what the expenditure was used for.”

McLeod said that every dollar, including interest, was spent inside the school for related activities.

The chairman was unable to offer specifics of the expenditure but explained that it was not unusual for the school to run into financing difficulties because of budgetary shortfalls from the Ministry of Education.

“I am not happy with the fact that the money might have been borrowed for something else. That is not my philosophy, and that is not the way I operate, but I understand the constraints that the principal and the administration can have,” he said.

McLeod was unable to provide a timeline for when the sporting facility project would commence.