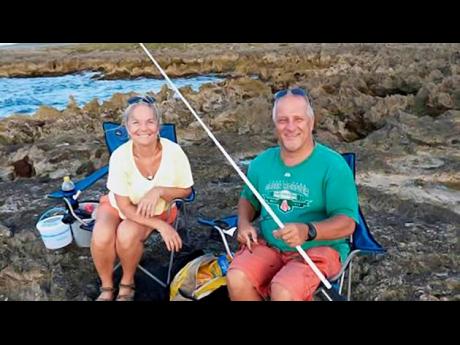 When Teri Nichols’ cell phone lit up two weeks ago with a message from a police detective in Jamaica, she immediately thought “more bad news”.

It’s been four years since her husband Harold and another American missionary, Randy Hentzel, were chopped and shot to death in the northeastern parish of St Mary, a brutal tragedy that made international headlines.

Nichols’ hunch was spot on.

The detective disclosed that the trial of the two men arrested and charged for the killings has been scheduled for January 2023, she told The Sunday Gleaner from her Florida home in the United States (US).

“I was in shock. So much can happen in that kind of time frame,” she said.

Nichols, 62, said that after the accused killers were apprehended, she accepted that it would take “a while” for the legal process to play out, “but never in my wildest dreams would I think that we would be just now getting a court date or that it would take seven or eight years.

“At this point, I don’t have any hope that this is ever going to go to trial. And by then, I have zero hope that they will have all the evidence and won’t lose them.”

The Nicholses moved to Jamaica in 2001 as part of a team of missionaries that provided housing solutions, educational opportunities and other assistance to scores of residents in St Mary. They were planning on staying here for another 10 years before retiring in their adopted homeland.

Sara Hentzel was even more critical of the Jamaican authorities.

“I think they just picked a date out of nowhere to placate us and they have no intention of really ever having the trial,” she said from her home in the US state of Iowa.

The case is just another example of the snail’s pace at which Jamaica’s overburdened yet under-resourced justice system operates.

Two St Mary men, Dwight Henry and Andre Thomas, were apprehended and charged by the Jamaican police, with assistance from US law enforcement agencies, almost two months after the grisly killings. They remain in custody.

The case has crawled through the courts, plagued by delays at almost every turn, according to Nichols.

“The only communication we (she and the detective) have is me texting him after there is supposed to be a court date and asking for the result. The results have always been ‘postponed’,” she lamented.

One attorney told The Sunday Gleaner that already he has four murder trials scheduled for between January and April next year and three more between June and September 2022.

“I would be surprised if they aren’t setting dates for 2023 or 2024,” said the attorney, who requested anonymity.

“When di man dem (accused persons) hear the dates, a bawl dem a bawl. Worse, some of them in custody because that is punishment by itself.”

The Office of the Director of Public Prosecutions disclosed that October 2022 was the earliest date available for the trial of the two men accused of killing the two American missionaries. However, it opted for January 2023 out of concern that starting the trial in the middle of the court term with the number of witnesses down to give evidence could result in a protracted process.

For years, the practice in the circuit courts has been to list up to a dozen cases for trial on a single day only for the majority of them to be postponed because of limited courtrooms and court staff, among other things.

St Thomas businessman Michael McLean had his murder case mentioned in court 87 times over an 11-year period, including 15 trials dates, before he was convicted in April 2018 and given six life sentences for killing six members of one family in the parish in 2006.

The practice of listing cases in bunches changed last year when Chief Justice Bryan Sykes introduced trial or hearing date certainty, among a raft of measures aimed at reducing the logjam of cases that has overwhelmed the criminal courts.

Trial or hearing date certainty seeks to assure accused persons that their trial will commence on the scheduled date.

Kadiesh Fletcher, acting director of client services, communication and information at the Court Administration Division (CAD), acknowledged that in the early stages of the initiative, there will be some inconveniences.

She predicted that when it “begins to become ingrained in our system”, accused persons will start to get dates closer to or within the calendar year.

“The courts are moving away from the practice of multiple mention dates, which invariably results in a waste of judicial time, waste of time for witnesses, attorneys, victims and litigants,” Fletcher told The Sunday Gleaner.

Other factors that are causing trials to be set for 2023 and beyond, CAD said, are the number of cases in the court system, the number of days available for trials each year, the number of available courtrooms and the reluctance of attorneys to utilise judge-alone trials.

According to CAD, there are more than 41,000 criminal and civil cases in the court system. Further, it said there are approximately 209 days available each year for trials in 22 courtrooms in the Supreme Court.

“This means that some matters will be given dates further into the future,” Fletcher said.

“The statistics from the Gun Court (Gun Courts use bench trials only) tell us that when bench trials are utilised, the disposal of matters are significantly higher than jury courts,” she noted.

But trial date uncertainty has meant inordinate delays for accused persons, a development which prosecutors and defence attorneys acknowledge can tilt the scales of justice.

According to Valerie Neita-Robertson QC, a top criminal defence attorney, delays mean witnesses for both the prosecution and accused persons oftentimes disappear or become frustrated and lose interest in the trial.

She cited, as an example, a murder case in which she is now involved.

“We have lost three out of the five witnesses,” she revealed. “One is dead; one has migrated; and the other one, I don’t know whether him migrate or not. We just can’t find him. And these are not character witnesses, which you can easily replace. These are persons who witnessed the incident.”

She revealed, too, that a key prosecution witness in the case, a medical doctor who claimed to have heard the victim utter his last words in the presence of a police investigator, “is no longer at KPH (Kingston Public Hospital) and we don’t have a clue where he is”.

“We have seen, more than once, instances where the time that you spend awaiting trial is longer than the sentence you would have received had you been found guilty,” he said.

“Certainly, if you are deprived of your liberty for an extended period, then that, perhaps, is a significant prejudice.”

The longer the trial drags on, one prosecutor complained, means accused persons or individuals acting on their behalf have more time to interfere with the case.

“People stay in prison and give their friends and associates instructions to intimidate witnesses,” one prosecutor disclosed.

The prosecutor cited a recent trial in St James, which featured testimony from a woman who said she was given a copy of the statement of another witness to help guide her evidence in court.

Neita-Robertson is of the view that in some cases, accused persons will not get a fair shake.

“Sometimes witnesses are dead, so you have a paper trial and there is no opportunity to cross-examine witnesses,” she reasoned.

“Even in the face of lengthy delays, we have seen where accused persons have received fair trials and where complainants have express satisfaction in respect of how the matters were handled by the prosecution and are pleased with the outcome of the trial process,” Martin Swaby said.

Teri Nichols is set to remarry “in a couple of days” and “need to close this chapter in my life”.

“My life is never gonna be completely whole again until we get some kind of justice for their murders,” she told The Sunday Gleaner.