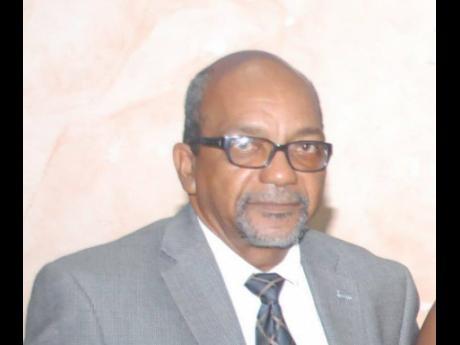 Had there been a tidy transfer between the old and new board installed at the Cornwall Regional Hospital (CRH) after the change of government in 2016, indications are that Jamaica could have avoided spending some of the more than $1.2 billion spent on restoration works over the past four years.

According to Calvin G. Brown, who was board chairman at CRH when the People’s National Party (PNP) was voted out of office in 2016, he tried to initiate contact with the new board with a view of properly briefing them on the various issues, including the status of the air-conditioning system, but he was not accorded the courtesy.

“The old air conduction was abandoned from 2004-2005 and we knew it couldn’t be resuscitated,“ said Brown, who noted that his board had started installing split units in the 10-floor Mount Salem-based hospital when his tenure ended.

“I tried calling a few people to let them know that I had vital information that I needed to share, but they never called me,” he told a Gleaner Editors’ Forum hosted in association with the Montego Bay Chamber of Commerce yesterday. “Unfortunately, when these boards change, only staffers from the institutions are retained, and so vital information sometimes does not get passed on. Had they called me, I would have been able to tell them that trying to repair that old abandoned AC is a waste of time and they would have saved some of – if not all of – the over $1.2 billion the minister (Christopher Tufton) said they have already spent.”

In 2019, three experts from the Pan American Health Organization (PAHO), who came to Jamaica at the invitation of the Government to look at the situation at CRH, which was baffling local experts, discovered that the AC, which efforts were being made to repair, was the cause of the noxious fumes issue, which had caused the massive dislocation at the hospital, including the transfer of some services to off-site locations.

Tufton, who also participated in the forum, said that a new state-of-the-art HVAC system has been procured for the hospital, but because of the ongoing efforts to fix structural defects found in removing the old system, the new unit has had to be placed in storage.

Tufton flatly rejected the suggestion that the hospital was now back at the stage where it was when the restoration work had started.

“I reject the notion that we are back at square one ... . There is work that has been done. There are designs that have been developed. There is gutting that has been done, there is an HVAC system now ready to be installed, which is where the problems started,” said Tufton “ ... [It] cannot be installed ... because the building has been gutted and the whole redesign of the floors and so on has to take place.”

Businesswoman Angella Whitter was clearly not pleased when she learned that politics may have been at the genesis of what has been unfolding at CRH over the past four years.

“We need to stop politicising positions that are as public as a hospital board. If a government is changing, why would you need to change the board to facilitate the political part of it. This is why we can never move from where we are because if you are not so and so party and you are a part of a board, then you are out,” said Whitter. “I mean we are Jamaicans and we are not politicians. If a board is in existence and it’s working, why would you want to change then and put somebody new, who will come with their own ideas and then we go backward. These are some of the things that need to change in this country.”