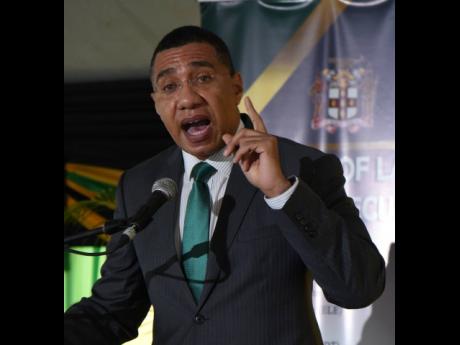 Days after tighter strictures were placed on Manchester to contain the worrying spike in COVID-19 numbers, some areas of national life are being given a reprieve following intense lobbying.

Effective February 1, churches will have the green light to host funerals.

According to Prime Minister Andrew Holness, up to 10 family members will be accommodated and up to five religious leaders can attend the funeral.

He said the measure would be shut down if non-compliance is detected.

Holness maintained that his administration was trying to balance managing the pandemic while making provisions for social rituals.

For public passenger buses, Holness said there will be allowance of a limited number of standing passengers based on the seating capacity of the bus.

He said for a common 30-seater, six persons could be allowed standing room

Holness said Cabinet has made provisions for sporting events to take place, but only with approval.

“This is not a widescale return of sport. We have to first of all ... go through a process where we look at each sporting event and what they require and the specific public health protocol that will be put in place so that they can be held,” Holness told Parliament, adding that his administration was determined to resurrect the sector.

He cautioned, though, that it was highly likely, in the first instance, that events would be held without spectators.

“This is not just about sport, for many of these people, this is about their livelihood and their family’s livelihood, and, of course, all around it, there is an economy – it is similar to entertainment,” said Golding, who is chairman of the Arnett Gardens Football Club.

Holness said the relevant ministers would be meeting to review proposals on the reopening of the entertainment sector.

Jamaica has so far recorded 15,153 cases of coronavirus infection. Three hundred and thirty-nine persons have died as a result of the disease.