4 siblings paralysed when they turned 17 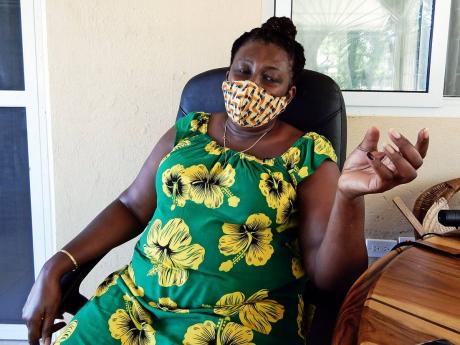 PHOTO BY CARL GILCHRIST
Camille Ade John is seeking help for four siblings who have suffered paralysis when they each turned 17.

In a strange twist of fate, four siblings from the Brown family in Runaway Bay, St Ann, have each been stricken with an unknown sickness by the time they turned 17 years old, leaving them partially paralysed and unable to walk. Two brothers and two...

In a strange twist of fate, four siblings from the Brown family in Runaway Bay, St Ann, have each been stricken with an unknown sickness by the time they turned 17 years old, leaving them partially paralysed and unable to walk. Two brothers and two sisters are affected.

Camille Ade John, president of the Runaway Bay Community Development Council (CDC), said her organisation is actively trying to assist the siblings who rely solely on their elderly mother, who is in her late 60s, to care for them.

“They’re in a small two-bedroom house, there isn’t a proper bathroom, they don’t have a proper wheelchair. It was a situation that was untenable. We couldn’t sit back and let that continue, so what we’ve been doing is trying to see how we can raise funds.”

Just five months ago, in October 2020, the CDC, working with Social Commission Development officer Antoinette Ledgister-Hall, gifted Runaway Bay resident Franklyn Bodden a two-bedroom house where he could where he could raise his daughters, aged four and five, properly. It was welcome relief for Bodden, who had been living in a dilapidated structure.

This time around, the organisation aims to provide four wheelchairs and repair the kitchen.

Among those who have pitched in to assist is Jewel Paradise Cove.

General Manager Barbara Burton confirmed that the hotel would build the ramp and extend the bathroom.

“I don’t know the family but learnt of the situation through her (Ade John) because we’ve partnered with her before and I know she is one of those people who you don’t find every day, doing what she does for the community,” Burton said.

Ade John said the CDC depends heavily on support from funders in the United Kingdom who have been assisting the organisation over the years.

She disclosed that St Ann North West Member of Parliament Krystal Lee has already provided some lumber and zinc towards the project.

More help is needed, however, to complete the necessary refurbishing.

Work is expected to begin after the Easter holidays.