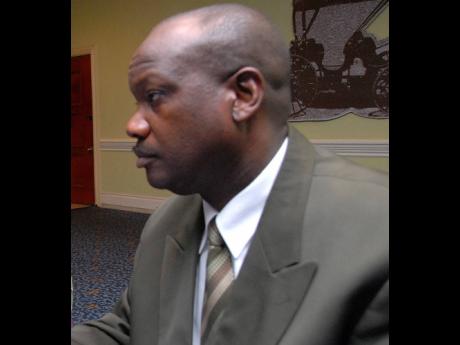 Contributed
Reverend Osbourne Bailey, executive director of the Victim Support Unit in the Ministry of Justice.

The Victim Services Division (VSD) of the Ministry of Justice has been noticing a lowering in the ages of children being sexually abused, oftentimes by relatives. The victims, some as young as two years old, have been identified as part of a wider...

The Victim Services Division (VSD) of the Ministry of Justice has been noticing a lowering in the ages of children being sexually abused, oftentimes by relatives.

The victims, some as young as two years old, have been identified as part of a wider trend the VSD has been seeing since 2016.

In light of this, VSD Executive Director the Reverend Osbourne Bailey is again urging parents and guardians, especially those in the rural areas where the abuse is more prevalent, to be more vigilant and to ensure that they are entrusting the care of their children to persons who are trustworthy.

“We continue to see young children coming in. I cannot say it is more, but it is enough to notice, and I would have gotten reports from many parishes,” said the head of the VSD, which provides counselling and support services for victims of sexual abuse and other crimes.

“I can’t tell of any parish that can’t say they haven’t seen small children,” Bailey told The Gleaner. “Children as young as two, especially in the country, and the perpetrators are oftentimes family members.”

At the same time, Bailey shared that the division has also found that many of the victims had experienced other prior abuse before the first report is made.

“Increasingly, we have been discovering that the first episode of abuse happened before they come in, so when they actually come in they are reporting something that had started before,” he explained.

According to Bailey, the majority of the victims of sex abuse reporting to the division have been females, and that has been the case since the entity came into existence.

But while the VSD has been seeing more reports of abuses against girls, Bailey is nevertheless encouraging parents to be equally watchful with their boys.

Another trend that the division is also now seeing is an increase in the frequency of group attacks on females by young boys and males.

“The rate of group rape or assault is becoming a concern, it is not a one or two [case] and we realise that there are a number of them,” Bailey stated.

“And again, we are not saying that it never used to happen, but we are trying to pick up on new trends, and one of the trends that we are tracking is that there is an issue that we need to pay attention to, and that is gang assault,” he added.

The VSD head reasoned that this could be due to young boys’ exposure to pornography and sexually explicit music and dances, as well as the sexual behaviour of persons in their environment.

Bailey is encouraging parents to seek help for their children who have suffered abuse or who may have witnessed or have been exposed to a criminal act or trauma, noting that the extent of the impact might not be immediately visible physically.

“The services and a lot of things depend on the extent of the trauma, which could either be the intensity or length, how much time the child has been exposed to that trauma before, the kind of home-based support the child may have or may not have had, and just basic temperament of that child and the child’s genetic sociocultural make-up – a number of things,” Bailey said of gauges for intervention.

Hence, he stressed that counselling is necessary as it allows the professional to assess the extent of the trauma and to determine the course of treatment that is needed to enable the child to recover.

“For some children, they seem to recover quite fine without any intervention; it’s the resilience of a child. Some children, however, don’t readily recover. We can’t say why, but we recommend that if you’re going through or have experienced trauma, you are to have your children brought in for an assessment,” Bailey noted.