TODSS: We can help find formula that works 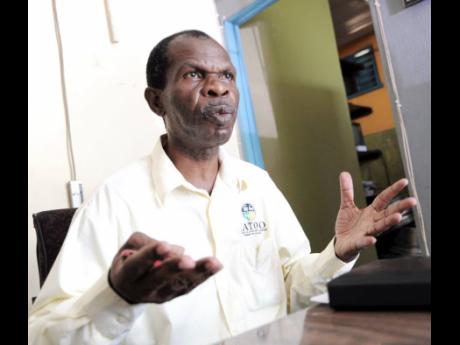 Egeton Newman is hoping that, given the experience racked up by members of the Transport Operators Development Sustainable Services (TODSS), which he leads, they should have a seat at the negotiation table when the Office of Utilities Regulation (OUR) begins deciding on whether to grant fare increases in the public transport sector.

On Tuesday, Transport Minister Robert Montague indicated that there would be a policy shift to reverse a 2014 decision to transfer such decision-making from the OUR to the Transport Authority (TA).

“That way, the power of politics or emotions will not come into play, but rather, straight economic facts,” he said in his Sectoral Debate contribution in Gordon House.

“We will stop the disrespect and disservice to the transport sector. Their returns must be on economic terms; it’s the right thing to do,” he added.

The announcement came after the TA recently denied the sector’s request for an increase in fares.

But Newman is hoping that transport operators will be able to have fare increase negotiations every two years with the OUR, and that they will not be shut out from the consultations.

“We have the knowledge, experience and expertise to facilitate the creation of a transport sector formula that will work for all demographics,” said the TODSS head in a press release.

He is calling on Montague to state a timeline as to when the shift will be fully implemented.

Newman is also hoping for a more timely response to increase requests going forward, and, when not possible, that there be a reduction on either the price of fuel or special consumption tax.

He lamented that taxi and bus operators are also under the economic weight of the pandemic.

Terron Gossop, a taxi operator for more than a decade, is making preparations to sell his vehicle and enter a new industry.

“Gas go up every week by whole heap, and when it a drop, it drop by cents,” he said. “Tyre raise, battery raise, everything raise weh fi deal with the vehicle.”

Ricky Davis, who has been operating the Mountain View to Half-Way Tree route in the Corporate Area for some 20 years, said he is at a loss as to how commuters are willing to withstand price increases for items such as chicken and flour, but are quick to object to fare adjustments.

He lamented that he is expected to turn over at least $5,000 per day to the owner of the vehicle, and from that, he has to budget for the upkeep.

“Him haffi maintain the vehicle. We can’t survive off a dat. Plus, him have him own family fi tek care of,” Davis said.

Bus operator Marlon Thomas told The Gleaner that, between purchasing gas to operate on the Golden Spring to downtown Kingston route and having to submit money to the owner that is used for maintenance, he has basically been working for free.

Thomas said he also should be operating in Port Maria, but he has had to cut the route short to make more money.

An operator is lobbying for adjustments to be made to the gas prices until the country recovers from the COVID-19 economic blow-out.

“After the pandemic pass, den dem can put a $50 pan it,” said the operator.

Ol’ Pow, who has strictly been loading taxis, agrees.

COVID-19 restrictions have limited taxis to carrying one fewer passenger per trip, slashing earnings by 25 per cent, while operating hours are shortened because of curfews.

The last fare increase was eight years ago for taxis and 16 years ago for buses, with inflation over the years eroding their financial base.