Give us the mandate 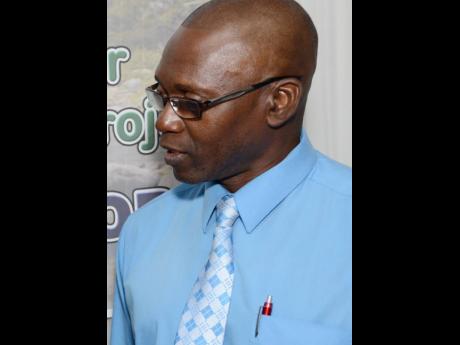 A decade after clamouring for aspects of the Flood Control Act to be woven into its official mandate, the Water Resources Authority (WRA) remains convinced that such a move would help the country better prepare for costly flooding that plague Jamaica each hurricane season.

It may even help save lives in river-beaten communities like Kintyre, St Andrew, where dozens of residents have lost loved ones and their homes to the eroding power of the Hope River.

Currently, the Flood Control Act – which speaks to the construction, improvement and maintenance of works to control floodwater – is under the purview of the National Works Agency (NWA). However, Michael Wilson, deputy managing director at the WRA, believes the hydrological ‘know-how’ it requires is best served from WRA offices.

“The mandate has always been with the NWA … . We have the expertise in terms of the hydrological aspects of flood control. The engineering aspects, we don’t have and we don’t want that,” Wilson told The Sunday Gleaner.

“We want the hydrological part written into the Water Resources Act ... . This would give us the mandate of doing flood-control planning, early-warning system mapping and other necessary things. I think it is a White Paper now, and hopefully it will be passed in Parliament to become part of the Water Resources Act,” explained Wilson.

“The benefit of this is that all our assessment in terms of areas that are being inundated like the Hope River or the Rio Cobre, we would do that work and then hand it off to the NWA to do the engineering` aspects. The truth is that if you are going to build a bridge, you need the hydrological analysis,” he stressed.

In 2007, it was argued that the shift would also help reduce duplication of roles by related government entities such as the National Environment and Planning Agency, the National Works Agency and the Forestry Department.

Construction of bridges, river embankments and the like ought to be assessed by WRA hydrologists before commencement, Wilson explained; such up-to-date information is critical to predicting return periods, among other things, against the ever-changing forces of global warming.

Wilson said acting on outdated information can be costly, referencing several collapsed bridges and failed river-training initiatives over the years.

Currently, the Water Resources Act provides for the management and controlled allocation and use of the water resources of Jamaica. It was revised by the Chief Parliamentary Counsel to spell out the WRA’s responsibility to make recommendations to the minister for the declaration of floodwater control zones, said Herbert Thomas, senior hydrologist and former managing director of the WRA.

Thomas, who spent more than three decades at the WRA and has extensive knowledge of flood mitigation across Jamaica, said that currently Jamaica’s flood-mitigation efforts are in a state of “catch-up”, where proper assessment is usually done only after catastrophic incidents.

“When something happens, we go out there and fix it, so there is no forward planning as to exactly identifying those areas that are at risk and develop a project to address them in a systematic way. They are virtually playing catch up,” continued Thomas. “If the function is divided, then they wouldn’t have to be playing catch up.”

The call from the WRA experts comes on the heels of criticisms levelled at the NWA by marine biologists and engineers three weeks ago, who chided the government agency for its incomplete work on the Palisades road improvement project, which remains bereft of mangroves, which are pivotal in the protection from coastal flooding.

It also follows claims by Weise Road residents last November that NWA workmen unfamiliar with the site breached a section of the riverbank during heavy-equipment cleaning, causing the river to later break down its weakened containment.