PM had no choice – Mahfood 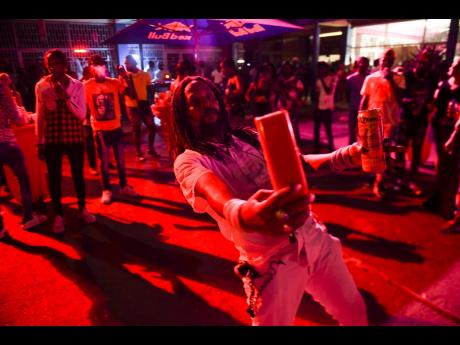 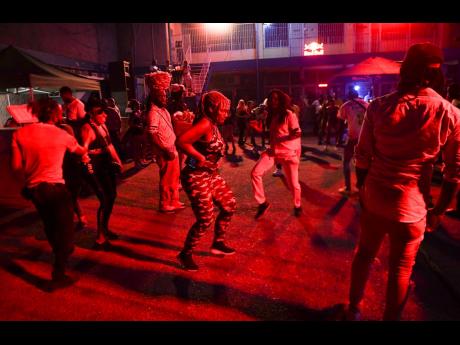 Ricardo Makyn/Chief Photo Editor
A woman is the centre of attention among patrons at the Uptown Mondays party at Savannah Plaza on Constant Spring Road last night. Prime Minister Andrew Holness did not impose a ban on entertainment events as many Jamaicans had anticipated.
1
2

Newly elected president of the Jamaica Manufacturers and Exporters Association (JMEA), John Mahfood, said that the Holness administration had no choice but to take immediate action rather than wait for the expiry of the current COVID-19 measures on...

Newly elected president of the Jamaica Manufacturers and Exporters Association (JMEA), John Mahfood, said that the Holness administration had no choice but to take immediate action rather than wait for the expiry of the current COVID-19 measures on August 10.

“Everybody is realising that the situation is getting worse again. I don’t think there is any doubt about that. It usually takes two or three weeks for the situation to show up itself,” Mahfood told The Gleaner on Monday.

Prime Minister Andrew Holness announced a tightening of COVID-19 curfews, with the new hours Mondays to Saturdays from 8 p.m. to 5 a.m. and Sundays and holidays from 3 p.m. to 5 a.m.

Many experts, including occupational and public health specialist Dr Alverston Bailey, posit that the statistics suggest that Jamaica is about to enter a third wave of the virus and that the entertainment sector will be in the firing line.

“We must control the actions of the carefree and reckless to protect the health and well-being of the compliant majority,” Bailey told The Gleaner on Monday.

According to Bailey, the upsurge in COVID-19 infections might be related to a reduction in vigilance as well as growing complacency.

Mahfood theorises that the shortening of curfew hours and the relaxation of measures for gatherings and parties may herald the beginnings of a new trend in coronavirus infections.

“Three weeks ago, they extended the hours to 11 p.m. You would expect that the additional time being available at nights mean that it is the night-time activity that is driving the increased numbers, and so it seems to me that whether they are small parties or small gatherings without the mask protection and social distancing and the church meetings and so on, that this is what is giving rise to the increased numbers,” Mahfood, who is also CEO of Jamaican Teas, told The Gleaner.

Vaccination is another issue for Mahfood, with only six per cent of Jamaica’s population fully vaccinated.

Harking back to the wave of cases that emerged last summer, Mahfood also warned that restrictions had to be imposed for the Independence Day and Emancipation Day celebrations.

“More Jamaicans are going to be coming from abroad, and we can’t forget what happened last year when all of that happened and gave rise to an increase which caused the heavy lockdown which occurred,” he said.

There has been a flood of entertainment events promoted for August.

The organisers of Dream Weekend said they will be adjusting the times for their Independence weekend parties. Dream says it has been approved by the Office of Disaster Preparedness and Emergency Management to stage seven events in Negril from August 5 to 9.

Other impresarios are relieved that a ban was not imposed on parties.

Promoter Marvin Ricketts said he is hoping that he would get a chance to stage his annual back-to-school treat and party which were shelved last year.

“It’s a big setback having to endure the pressure two years now. This year, we were hoping for a break-even. Like how we get till 8 p.m. for now, it can work because events not banned,” said Ricketts.

“People can have fun, the youths dem get something for back-to-school, and a ting can leave back inna we pocket,” said Ricketts, who is responsible for one of the largest community treats in Kingston 13.

There were 25 more recoveries increasing the total to 46,868.

Some 147 persons are in hospital with 44 being moderately ill and 16 critically ill.

Seventeen persons are in government quarantine, while 45,735 are at home.