Vaccinated tutors to get preferential treatment 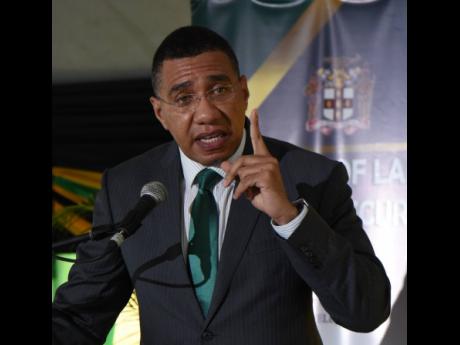 Jamaica’s teachers who have not been vaccinated against COVID-19 have been put on guard that they will not receive the same treatment as their inoculated counterparts when schools reopen for face-to-face classes in September.

Prime Minister Andrew Holness issued the warning on Monday as he rolled out preliminary restrictive measures to cauterise the emergence of a third wave of the virus.

Schools have, for the most part, been shuttered to hundreds of thousands of students since March 2020 in a bid to rein in transmission, but the restriction has led to stark learning loss across the board. Internet connectivity woes and inaccessibility to computers are believed to have widened the education deficit for poor children.

Holness told journalists that contingencies would be discussed in meetings with the country’s teachers.

“We are not going to make it mandatory for them, but at the same time we would have to consider that teachers who are vaccinated who turn up to work that they are treated in some preferential way and those who don’t turn up to work, we may have to ask them to be tested, and we may have to be considering what should happen regarding how they are remunerated,” the prime minister said.

The Jamaica Teachers’ Association has, for months, said that teachers have been wary of returning to the classroom amid infection spurts.

Tighter curfew hours have been imposed for the next two weeks, from 8 p.m. to 5 a.m. from Monday to Saturday and from 3 p.m. to 5 a.m. on Sundays. The 3 p.m. curfew also applies to Emancipation Day and Independence Day public holidays on August 2 and 6, respectively.

Signalling the implementation of even tighter measures when the current restrictions expire on August 10, Holness told the country that the Government was taking pre-emptive action to reduce what could be a significant spread of the virus in the next four weeks.

Holness said that the measures being introduced now and in August were being done to pave the way for the reopening of face-to-face classes in schools in September.

“What we are seeing now, in two weeks’ time, it will probably be worse,” the prime minister said.

At the same time, changes have also been made to the gathering limits at churches and various establishments.

Beginning today, the capacity limits in various establishments have been reduced. The 70 per cent capacity that existed under the previous Disaster Risk Management Act has been adjusted to 50 per cent for churches, gymnasiums, bars, dining establishments, among others.

Health and Wellness Minister Dr Christopher Tufton said that seven hospitals were in the red alert zone, meaning that the facilities were at 84 per cent or more bed capacity, while four were in the amber alert zone with greater than 74 per cent capacity.

Tufton also confirmed a Gleaner report that the United Kingdom would shortly be shipping vaccines to Jamaica.

“We expect to receive, sometime this week, some 300,000 AstraZeneca from the United Kingdom.”

The Government is anticipating some 393,000 doses of the Johnson & Johnson vaccine by the end of September.

The US will donate 614,000 doses of vaccines to Jamaica and the country is expected to receive 100,620 of Pfizer inoculant in early August from the COVAX Facility.

Tufton said the country should receive approximately 1.4 million doses of vaccines between now and the end of September.