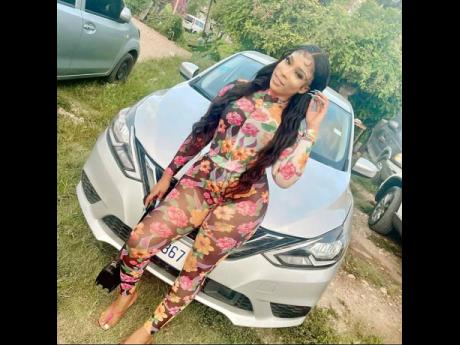 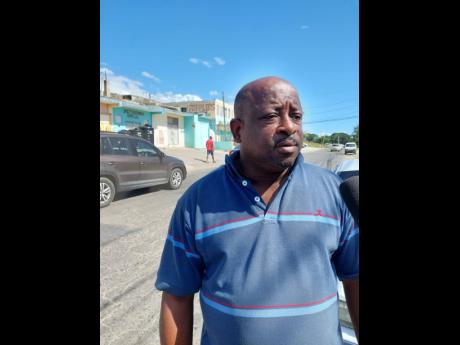 A grieving father yesterday lamented that Jamaica’s crime problem turned up at his doorstep snatching his beloved daughter who was killed at the hand of a gunman inside a shop at Royale Plaza, St John’s Road, in St Catherine.

The victim, 24-year-old Sharain Stephenson, would have celebrated her next birthday on March 6.

Ansom Stephenson, father of the deceased, told The Gleaner that Sharain’s death was unexpected.

“Mi a rip up inside … My brain out of the world now, believe me. This is not something that was expected. Mi know crime and violence turn up inna Jamaica, way up, but when it reach your (his) doorstep ... it nuh reach certain people doorstep yet for them to realise wah gwaan inna Jamaica,” Stephenson said.

He said Sharain, his first daughter, was very jovial, independent and was the envy of many growing up.

Stephenson said his daughter always had the latest in female trends and growing up in the ghetto, jealousy played a major factor.

Sharain was inside the Izizzi Lottery store and bar operated by her mother when a man entered, ordered a drink then asked for her.

The Gleaner understands that another woman who was offering service felt uncomfortable and was hesitant but Sharain, who was on her phone, appeared from under the counter to see who wanted her. The man opened fire hitting her in the head.

The gunman escaped on a waiting motorcycle.

Sharain’s childhood friend told The Gleaner that the now deceased last posted to her WhatsApp at 10:38 a.m. saying, “To be honest, this Shenseea song is mad annoying.”

She was then surprised to learn that approximately 10:45 a.m. Sharain was killed, noting also that ‘bad mind and envy’ could not be ruled out.

“She is nice to talk to. She is the only child for her mother so her mother spoil her, so she basically have everything she wants … people always want inna argument with her, people bad mind and envy her for her things,” the friend who requested anonymity said.

Sharain’s father said he introduced her to events promotion, with entertainment being his foray as a sound system operator.

“Is her mother’s shop and she nuh normally deh a di shop but because the mother had other things a deal wid today (yesterday), the mother ask her to come by the shop,” Stephenson said.

A policeman who was nearby said he heard the explosions and thought it was the backfire sound usually associated with motorcycles.

Sharain’s mother, who rushed to the scene after she learnt of the attack, sat in despair with a depressing look as she was being comforted by relatives.

Family members screamed and some fainted as the news sank in.

The St Catherine North Police Division has seen an 80 per cent increase in murders since the start of the year.

Statistics posted on the Jamaica Constabulary Force (JCF) website indicate that as of January 15, nine murders were committed compared to five for the corresponding period in 2021.