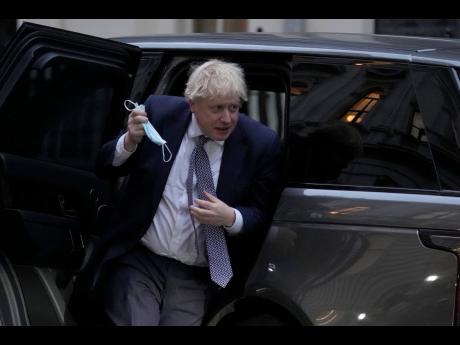 London’s Metropolitan Police Service has launched an inquiry into “a number of events” at Johnson’s Downing Street office and other government buildings because they met the force’s criteria for probing the “most serious and flagrant” breaches of coronavirus rules, Commissioner Cressida Dick told a committee of the London Assembly, the capital’s local government council.

Johnson is facing calls to resign amid revelations that he or his staff attended a series of social events during lockdowns when most social gatherings were banned in England, forcing average citizens to miss weddings, funerals, and birthdays as friends and relatives died alone in hospitals.

The gatherings are already being investigated by a senior civil servant whose report has been anxiously awaited by lawmakers and the public.

“As a result, firstly, of the information provided by the Cabinet Office inquiry team and, secondly, my officers’ own assessment, I can confirm that the Met is now investigating a number of events that took place at Downing Street and Whitehall in the last two years in relation to potential breaches of COVID-19 regulations,” Dick told the committee.

Police have already assessed several other events and determined that they do not meet the threshold for further investigation, the commissioner said. She declined to provide specifics about the gatherings.

The announcement throws into doubt the timetable for when Sue Gray, the civil servant leading the Cabinet Office inquiry, will release her report. Gray had been expected to finish this week, but rules governing the investigation allow the inquiry to be paused if she turns over evidence of potential criminal offences to the police.