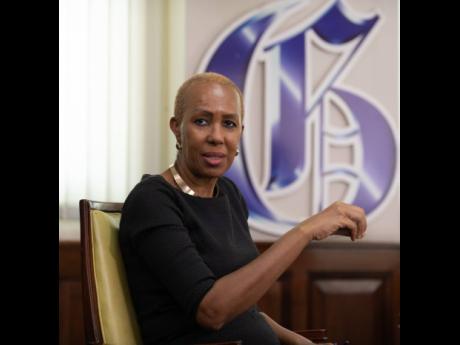 Schools across Jamaica have been directed to utilise metal detectors daily, as part of measures to improve the safety of students and staff.

This directive from the minister of education, Fayval Williams, follows Monday’s fatal stabbing of Khamal Hall, a student of William Knibb High School in Trelawny.

Since the start of the academic term in January, Williams said three other incidents have come to national attention.

Stabbing incidents have taken place at Muschett and Excelsior high schools, while at Maggotty High School in St Elizabeth, a fight between two grade-eight boys in February left one with a wound to the head. The wound was inflicted with a pen.

The education minister also condemned the killing of 16-year-old Papine High School student Kenute Williams while he was on his way to school on Wednesday morning.

The police believe the killing was motivated by robbery and have since held a suspect.

The education minister said in 2018, all public high schools were equipped with hand-held metal detectors through the Safety and Security in Schools in Schools Unit.

“I know that they are in pretty good working condition. We still have some in our inventory and these will be made available to replace any defective device as the need arises. We will be conducting a full audit of metal detectors in schools on Monday, through all of next week, and then we will have a sense of where the gaps are,” she said during a virtual press briefing yesterday.

Williams added that 37 schools were selected to benefit from walk-through metal detectors but prior to the COVID-19 pandemic, only 27 were installed.

“Since the full resumption of face-to-face classes, the safety and security unit has re-engaged the service of a provider to complete the installation of this equipment. To the extent that our schools are able to take away a knife or a scissors or other implements from students, it could save a life,” the education minister said.

Williams said students from whom weapons are taken must be referred for counselling, as many are coming from broken homes and are suffering from trauma.

There are 930 guidance counsellors across schools and some 130 deans of discipline.

“I will admit that these numbers are not enough, relative to the number of students we have; however, we have to utilise the ones we currently have until we are able to add more within the context of our budgets,” she said.

The minister also urged teachers and school administrators to be more vigilant with the grouping of students, especially during class breaks and lunch time as both are vulnerable times of the schoolday.

Williams revealed that a company has written to the ministry offering to install two closed-circuit television (CCTV) cameras at William Knibb High and to provide hand-held metal detectors to the institution, subsequent to Monday’s fatal stabbing.

She expressed gratitude to the donor, noting that schools with security cameras have reported a reduction in fights.

Williams used the opportunity to appeal to parents and caregivers to engage in positive disciplining of children.

“Discipline and love begin in the home. Now, more than ever, we need our parents to recognise the impact that they have on the psyche of our children. We know that too many of our parents shout at their children, kick, box, beat them with implements and in general subject them to situations that cause violence to take root in their souls. What we are seeing playing out at our schools is the impact of the trauma in the lives of our students and we call on our parents to stop corporal punishment in the homes,” the education minister remarked.