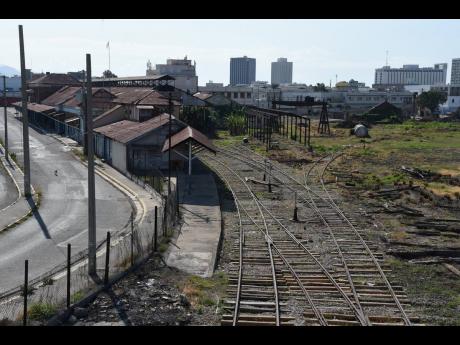 Ian Allen/Photographer
Multistorey buildings form the backdrop to the defunct Pechon Street train station in downtown Kingston. A transatlantic MOU could set the stage for a modern rail service between downtown and Three Miles. 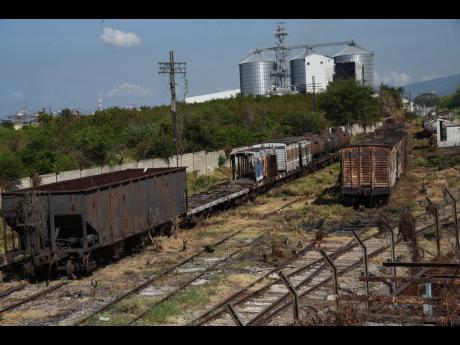 Ian Allen/Photographer
Old carriages rot on the train lines of the Kingston railway station along Pechon Street in downtown Kingston.
1
2

An imminent transatlantic knowledge-sharing agreement will lay the design groundwork for the revival of the railroad from downtown Kingston to Three Miles, which could soon be woven into the fabric of everyday life for a modern commute to work,...

An imminent transatlantic knowledge-sharing agreement will lay the design groundwork for the revival of the railroad from downtown Kingston to Three Miles, which could soon be woven into the fabric of everyday life for a modern commute to work, school, and business.

The University of Technology, Jamaica (UTech) will on Wednesday sign a memorandum of understanding (MOU) with the University of Birmingham for the rehabilitation of the three-and-a-half-mile track and the restoration of the Kingston railway station on Pechon Street.

The Pechon Street facility was built in 1845 but has been closed since 1992.

Dozens of overseas-based engineers are expected to fly in for implementation of the project, which is set to commence in 2023.

The return of rail to the city could offer relief to commuters on the capital’s notoriously clogged corridors, with thousands of vehicles streaming in daily from Portmore, Spanish Town, and other urban and semi-urban centres. But the development could have more sweeping economic consequences: Time saved from gridlocks could be a boon for productivity and efficiency.

Head of the School of Engineering at the University of Birmingham, Professor Clive Roberts, said the first goal is to examine opportunities for railway development in Jamaica.

Roberts, a professor of railway systems, explained that trains globally offer a range of opportunities for tourism, drive social mobility, and reduce congestion in cities.

“One of the key things with railways is that they need people to design them, understand them, and significant capability to operate them effectively. We want to make sure that the right capabilities are embedded in Jamaica, particularly in some of the younger people,” Roberts said in a Gleaner interview.

He said that the rehabilitation could result in a state-of-the-art, carbon-free railway that is digital, low cost, and fit for purpose.

“What we are working towards here is not a 1980s railway retrofitted in Jamaica. What we are looking at is a 21st-century railway that takes advantage of modern technology,” Roberts said.

That vision may include the use of batteries; hydrogen power instead of diesel fuel; lighter-weight passenger cars; and the leveraging of Internet of Things and digital cloud-based solutions for signalling and control.

Head of UTech’s School of Engineering, Oneil Josephs, said the university has done some hydrogen research and the project, therefore, ties in with some of its existing capabilities.

“There are so many opportunities where technology and innovation is concerned, which will help us not to return to the old days of poisoning the environment,” he said.

Noting that the first phase will focus on the transfer of knowledge and capabilities, the senior lecturer disclosed that the MOU stipulates that a specific agreement must be forged within 60 days.

Josephs said that the model needed to be sustainable – a key departure from the clutch of “stop-and-start” rail initiatives in Jamaica.

The most consistent use of railways in Jamaica has been by bauxite companies.

Earlier this year, the Jamaica Railway Corporation rolled out a train service for students in St Catherine, and there has been further talk about restoring Jamaica’s railway service as one of the milestone projects to be undertaken by the Government in recognition of the nation’s diamond jubilee.

Jamaica will celebrate its 60th anniversary of Independence on August 6.

There are also plans by tourism stakeholders to revive the rail service from Montego Bay, St James, to Appleton Estate in Siloah, St Elizabeth.

Paulton Gordon, UTech’s director of community service and development, said that as a university with an imperative for national development, it is important to enlist its students in the rehabilitation of the country’s railways.

UTech will also be seeking to incorporate communities and open their eyes to entrepreneurship and employment possibilities linked to the railway.

“It opens up opportunities for tourism expansion, for mass commuting, and to stimulate some economic activity in depressed communities. That traverse runs parallel to Culture Yard in Trench Town, so that would be an ideal stop for travellers - both local and international,” Gordon said.

Josephs said he envisions that after rehabilitation, it will be widely used as a passenger train.

The state-owned Jamaica Urban Transit Company buses more than 200,000 passengers daily. But that is supplemented by franchise bus operators, cabbies, and unlicensed taxis, or ‘robots’, that jostle along crowded routes.

“I can just imagine the efficiency that it will accommodate to move large numbers of people between downtown and Three Miles, which is a highly traversed corridor. There is no doubt that the bulk transportation of passengers between those locations will be far more efficient and cheaper than what is happening now,” Josephs said.