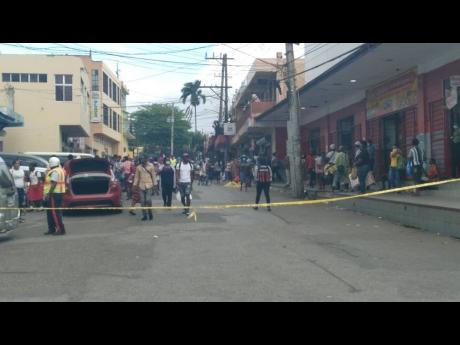 Contributed
Police cordon off a section of Manchester Road in Mandeville yesterday following a fatal mob attack on Chieften Campbell. 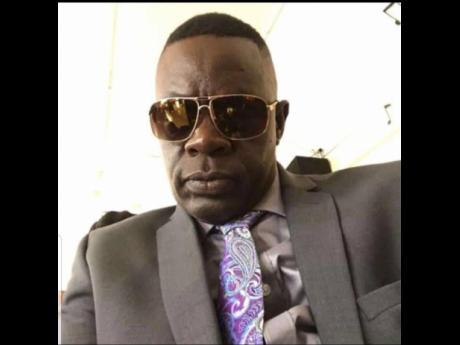 Residents in the community of Victoria Town in Manchester are disputing allegations that a man who was mobbed and killed in Mandeville was a robber. The residents strongly believe it was a case of mistaken identity as Chieften Campbell, who lived...

Residents in the community of Victoria Town in Manchester are disputing allegations that a man who was mobbed and killed in Mandeville was a robber.

The residents strongly believe it was a case of mistaken identity as Chieften Campbell, who lived in their south Manchester community, was an “upstanding citizen”.

According to reports, at approximately 2 p.m., the police were on foot patrol along Manchester Road in Mandeville, when they came upon a crowd converging around a man.

The police report that Campbell, who appeared to have a bloodied nose, was being accused by the mob of stealing money from another man some time ago.

They transported Campbell to the Mandeville Regional Hospital, where he later succumbed to his injuries.

Yesterday, residents in his home community were in shock.

“From what I know, this man is a good man that served on the board of the Victoria Town Primary School for the past four to five years as the community representative. I don’t know of him being involved in anything that these people accused him of,” said one community member, who requested anonymity.

The resident said Campbell had buried his mother three weeks ago and was slated to get married in the coming week even as he made preparations to leave the island on one of his occasional trips.

“This has shocked everyone. He is a sociable person and easy to talk to. He is quite respected in community and, to the best of my knowledge, is an upstanding citizen,” the resident said.

Campbell, a former taxi operator in Kingston, reportedly returned to the community years ago, and was willing to contribute to its development in any way that he could.

The Manchester police are asking persons who witnessed the incident or those who may have any knowledge of what transpired to come assist in the investigation.