The Truth is.. with Krysta - I don't want your man 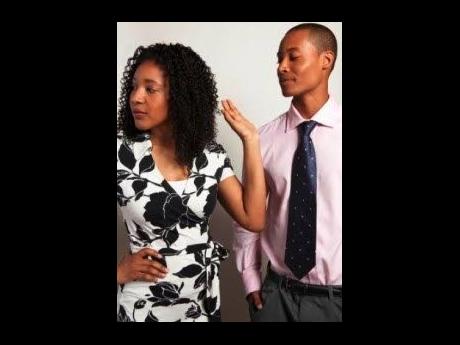 Life has this uncanny way of revealing some truths about people and about ourselves. Since I pride myself on being a storyteller, here's a little history for you.

I can recall a time when jealousy invaded my personal space. I was never a real fan of the feeling, but phases happen and you embrace them for just that. I was and still am, always willing to learn from experiences.

It was back when I was in college, and this new guy came on the scene: tall, dark and strikingly handsome to me, despite friends and family members saying otherwise. I was smitten and by the looks of things, so was he. What appears as a one night stand, quickly blossomed into a beautiful relationship. We were inseparable: we enjoyed spending quality time together. We also shared everything, including our past. He had a female best friend, I had a male best friend - no worries there. But I was not a happy camper when I heard he was still good friends with his ex girlfriend. And thinking back, I should not have had a problem with it, because I was cordial enough with my ex boyfriend for him to show up Christmas and for the beau to have a problem with his presence. Yes, he got jealous too and I assured him that nothing was going on.

He and I ended up in a long distance relationship, but it wasn't working out. I don't think either parties tried hard enough to make things work. He was caught up with exciting adventures in a new country. And I wallowed in a sea of loneliness. When he returned for the holidays, it only got worse and before I knew it, we were no more. In almost a week, he went through the five stages of grief: denial, anger, bargaining, depression and finally, acceptance. Who assisted in getting him to the final stage? His ex. She surprisingly came to my defense at a time when I needed it. And while we didn't last, it did give him a fresh perspective and patched things up a bit, until he returned to the foreign land. Kim, wherever you are, thank you.

Since then, I've been paying it forward in that regard. I've mended a few fights, even stood in between one serious life or death one (a story for another day) just to save the girlfriend. Because I'm amicable with a few of my exs, they might come to me for advice and I'll help however I can.

The truth is: I don't want your man. Or want him back for that matter.

I get that you feel he's so handsome and so awesome that every girl, including me, has their heart set on him. Lets take it a lil' closer to home. I can actually understand the old firestick theory too. But I'm no heifer. Once I close the chapter, that's it - moving right along. If there are unresolved issues, it's best I leave him alone - that can stir up trouble and I want no part in it. If he tries it, I'm sending him back to you.

I sat where you are at one point, enjoyed the ride, but I left the vehicle. I have no intentions of jumping back in. Some people are better off as friends. I honestly just gave your beloved a woman's perspective on things, especially when he was having relationship issues. I gave him the talk, just so that he could understand where his current is coming from, without it coming across as biased in any way.

I'm all good over this side. I can go as far as to say, it shouldn't be me that you're so worried about. It should be those female vultures out there looking to prey on your man. I respect the loyalty and sanctity of a union. I'm just the friend, his friend and in some, if not most cases, your friend too, who happens to be an ex girlfriend.