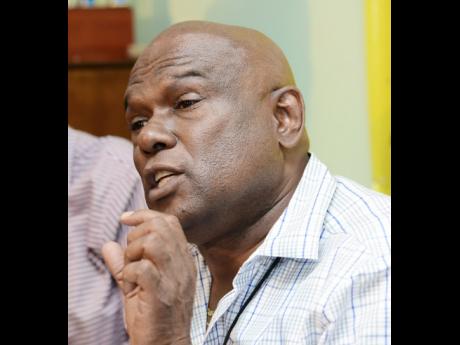 The Jamaica Urban Transit Company (JUTC) says only an intervention by the Government can stop its implementation of a policy that will oust 30 private operators from major Corporate Area routes in April.

Transport lobby groups claim the policy is unfair and unjust and will result in severe economic hardship.

JUTC managing director, Colin Campbell, says the company is moving to ensure the 30 buses are removed from the routes to create space for the 27 new JUTC buses to come into the island on April 6.

He argues that those buses can only be deployed on the main routes such as on Hope Road, Washington Boulevard and the Portmore corridor.

Opposition Spokesman on Transport, Mike Henry, has blasted the move by the JUTC, saying it breaches natural justice and represents a misuse of the JUTC's exclusive licence for the Kingston Metropolitan Transport Region.

However, Campbell is dismissing those assertions, saying sufficient notice has been given to the operators whose licences will not be renewed.

And he says the decision is difficult but efforts have to be made to increase the JUTC’s revenues and ease the pressure on taxpayers.

The JUTC says some sub-franchise holders will see their licences renewed for three-years rather than the usual one year.

And it says spaces will be created for more than 400 smaller buses to operate on less profitable routes.