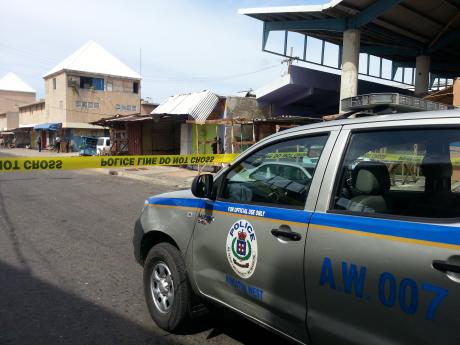 In this file photo a police vehicle is parked near a crime scene.

Classes at the Kilsyth Primary School, in Frankfield Clarendon have been suspended for the day following this morning's killing of the school's road warden in a drive-by shooting.

The police have not released her identity.

The woman was killed on the compound in full view of students who were just arriving at school.

It is reported that the woman was shot at least eight times.

Meanwhile, following an intense police chase, a car reportedly involved in the shooting was intercepted in the nearby community of John’s Hall.

An investigator says a police team is now searching in bushes for the occupants.

The police say it is too early to determine whether there is any link to the ongoing gang feud in Frankfield that has claimed at least four lives in the last year.