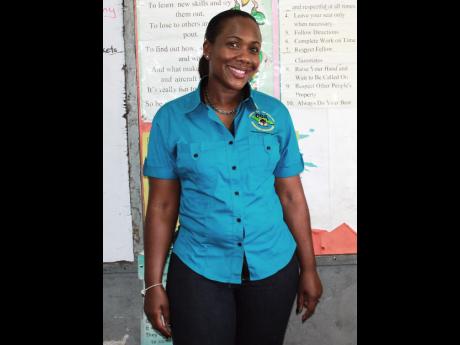 Attempting to address the diverse range of issues affecting children across the island must be a thankless and unenviable task. However, the Child Development Agency (CDA)'s team leader for St Mary and Portland, Carlyn Stewart, remains wholly undaunted.

In 2015, Stewart marked her 10th year at the CDA and having previously worked as a special-education teacher at Port Maria Primary School in St Mary, she has dedicated most of her life to supporting vulnerable children and young people.

As the CDA prepares for the launch of a campaign to attract and celebrate foster carers in February 2016, Stewart concedes the breakdown of the family unit is probably the single biggest issue affecting Jamaica's social fabric.

She told Rural Xpress: "For whatever reason, there has been a breakdown in the family unit and it is directly impacting our children and our ability to care for them. The family structure is compromised because we don't have the family support we once had, and that's where weaknesses come in.

Naturally, there are consequences to the breakdown in family values, and oftentimes they affect children negatively. Stewart explains: "There's a lot of defiance in the children that come to us, and unfortunately a lot of that comes from what they see.

"As adults, we go out and can't even interact properly because people don't want to follow rules or join a line, and don't understand how badly that reflects on our children who are like little sponges, soaking up everything.

"Also, we are seeing a lot of children who are distracted by their peers because they need a place to belong, especially in early adolescence where they have that identity crisis and want to know what group they belong to.

"And that's what adults don't understand; when young people get into these groups and gangs, their peers show them respect, so the knocking of the fists and twisting of the thumbs is saying: 'Welcome to our space, and we want you here'.

"We have to shift that paradigm by saying to them: 'Yes, but we want you in this space, which is going to be more positive and fulfilling.'"

Looking ahead, Stewart hopes the CDA's campaign to attract more foster carers is successful as forthcoming candidates are in short supply.

She said: "Our foster-care programme is one of the ways we help to keep children in family placements. They live in environments without their biological parents, but with people from the parish who have come forward to say: 'I want to help by opening my home and heart to a child.'