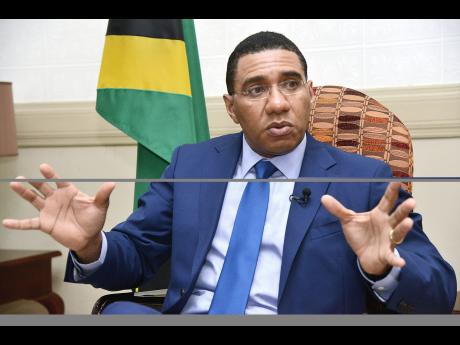 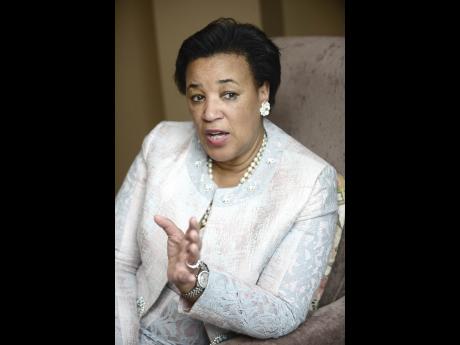 File
Baroness Patricia Scotland: "This conference is an opportunity to work towards solutions in support of national development."
1
2

Prime Minister Andrew Holness is journeying to Georgetown, Guyana, to join other regional heads of government for the 37th regular meeting of the Caribbean Community (CARICOM).

In the search for opportunities and regional solutions to challenges, the meeting will advance matters pertaining to regional security - economic and otherwise - and the social well-being of the approximately 16 million people who make up the Caribbean Community.

As expected, correspondent banking is among the top agenda issues before the highest decision-making forum of the regional grouping of 15 members and five associate states.

CARICOM, and, indeed, the Caribbean as a whole, is concerned about this issue.

If all correspondent banking relations are withdrawn, the region will be isolated from the rest of the world and will be unable to carry out some of the most basic of banking transactions. Critical services, including remittance transfers, international trade, and the facilitation of credit-card settlements for local clients, among other services, will be affected.

The genesis of this issue lies in the signal by several international banks, mainly in the US and Europe, to client banks in the region of an unwillingness to continue carrying their business, as part of a so-titled 'de-risking' strategy.

At their inter-sessional meeting in Belize, the heads "emphasised that member states have complied with all global regulatory standards, including those established by the Financial Action Task Force and the Global Forum, and have been scrutinised in every detail by the International Monetary Fund and other multilateral institutions".

They deemed the action by the correspondent banks "as an economic assault" tantamount to an economic blockade against member states.

But CARICOM is fighting back. Using the power of the collective, they have appointed a high-level advocacy group, led by Prime Minister of Antigua and Barbuda Gastown Browne to represent the interests of the region in addressing the issue.

The latest Heads of Government meeting will take stock of actions to date, and seek to advance the search for solutions to this matter.

In the meantime, Commonwealth Secretary-General Baroness Patricia Scotland says climate change, indebtedness, protecting migrant remittances, and banking systems, and the consequences of the United Kingdom's exit from the European Union on small and vulnerable economies are priority concerns for her as she makes her way to the heads of government meeting.

"Twelve of the member countries sitting around the table at this meeting are Commonwealth members. This is where policies that affect the lives of people in the Caribbean are shaped, so this conference is an opportunity to work towards solutions in support of national development."

According to Scotland, during her exchanges with governments and regional organisations such as the Caribbean Development Bank, she will make available a Commonwealth policy paper which addresses the unintended consequences on the Caribbean's banking sector and migrant remittances of regulatory measures to prevent money laundering and the financing of terrorism.

"We have a situation where financial institutions are reacting to these regulations by terminating or restricting business relationships with clients, or categories of clients, in order to avoid risk.

"It is a big concern for the finance ministers in the region I have spoken to, because it is making it increasingly difficult for local banks to operate effectively with international financial services. This form of 'de-risking' is also having a knock-on effect on the many people in the Caribbean who depend on remittances - money from their families and friends abroad," said Scotland.

In addition, the secretary-general will discuss the piloting of a Commonwealth Multilateral Debt Swap for Climate Action Initiative, which will write off countries' debts in exchange for climate action.

She will also highlight progress made on the Commonwealth Climate Finance Access Hub, which was announced at the Commonwealth Heads of Government Meeting last year to help countries access funds to deal with climate change.

"We have already selected a pool of experts for the Climate Finance Access Hub and have requests from a number of Caribbean countries for support to benefit from the substantial funds already pledged for climate action, but which are challenging to access.

From Guyana, the secretary-general will fly to Jamaica, where she will launch a new Commonwealth collaboration on youth leadership with common purpose, a development charity, and the University of the West Indies.

"I have set these young people the immense challenge of finding solutions to the challenges and barriers that the world is grappling with in achieving its sustainable development goals.

"This initiative will really give young people, who represent 60 per cent of the Commonwealth's more than two billion population, a voice on key national, regional and global issues, equip them with leadership skills, and provide them with the networks and opportunities to really make a difference in their communities and across the globe," said Scotland.

- The Gleaner's Jovan Johnson will provide comprehensive coverage from Georgetown, in print, online and on Power 106 radio.