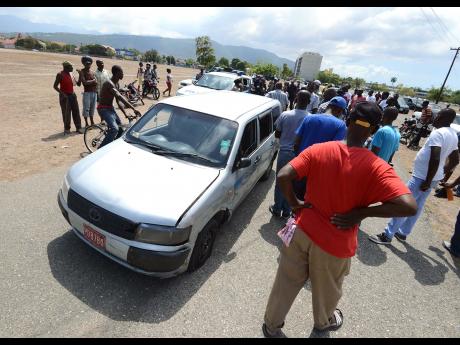 Transport Minister Mike Henry is to seek a reprieve for public transport operators who have to contend with deplorable road conditions along their assigned routes.

Henry said in a release to the media this afternoon that he would be seeking a meeting with the management of the Transport Authority to discuss the challenges being faced by transport operators as a result of the extensive damage to some roadways from the recent heavy rains.

The transport minister acknowledged that it may be unreasonable to expect public transport operators to adhere to their prescribed routes if the roads are in a deplorable state.

He said due to the extensive damage in some areas, those roads would take a while to be fixed.

"As a consequence, he is seeking to establish what concessions, if any, can be temporarily offered to PPV operators in circumstances where clear and extensive road damages can be demonstrated, and there are no indications of any plans to quickly repair the respective thoroughfares," the release stated.

Henry is convinced that the Transport Authority has an obligation to at least consider the circumstances being faced by the operators and, where practical, consider some temporary remedial measures.