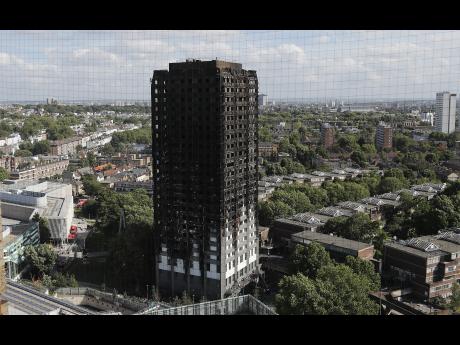 AP
The scorched facade of Grenfell Tower in London. 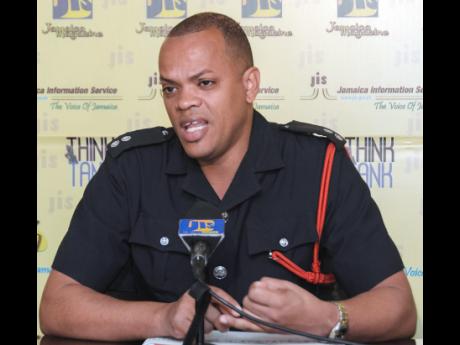 Jamaica's building codes, plus strict requirements by the fire service, which prohibit buildings from being built with flammable material, should prevent a local disaster similar to the one at the Grenfell Tower apartments in the United Kingdom, which left up to 80 persons dead last month.

Chief spokesperson of the Jamaica Fire Brigade, Emelio Ebanks, last week argued that the Grenfell Tower fire should never have been allowed to happen and is unlikely in Jamaica, as no builder would be permitted to use the material which led to the disaster.

"In my opinion, that building should never have been allowed. We don't have any kind of constructions like that in Jamaica, except for maybe some very, very old ones. We are not overly concerned about that situation occurring in Jamaica.

"As a matter of fact, it is highly unlikely that we would have a situation like that occurring in Jamaica because most of our apartment buildings are constructed from block and steel, reinforced concrete," said Ebanks.

Multistorey buildings constructed before 1990s offer the greatest concerns for the local fire department, but newer constructions would be subjected to strict fire safety requirements.

"Such buildings are required to have the requisite number of exits, fire extinguishers, and other firefighting paraphernalia, and hose reels. Fire extinguishers must be on every floor and must be easily accessible in common areas, like corridors, where someone can access it quickly.

He added: "For these apartment buildings to go up, we would have to give permission. And we would not do so unless we are sure that the fire-safety requirements are in place, and even after giving approval, we go in from time to time to carry out fire-safety inspections to make sure buildings are continuing with fire-safety practices."

According to Ebanks, all multistorey complexes are required to use material that will be able to withstand a fire spread for a minimum of 90 minutes. If reinforced concrete is not being used, drywall material is the next best as it has the ability to withstand fire spread.

The Grenfell Tower fire occurred on June 14, at the 24- storey tower of public flats in West London.

More than 80 are believed to have died in the inferno and at least 70 persons left nursing injuries.