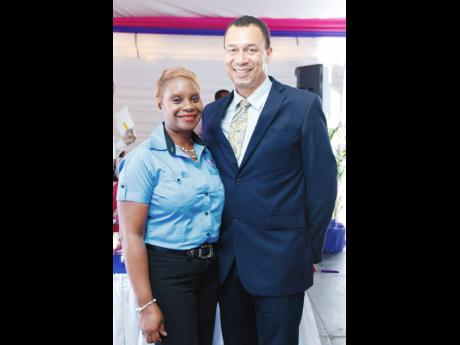 The city of Montego Bay is now home to a branch of LASCO Money following last week's official opening at the Dump Up Beach and Events Park on Howard Cooke Boulevard. The entity is located at Bay West Shopping Centre on Union Street.

"Montego Bay plays a significant role not just in the tourism industry, but in Jamaica," said Hall-Tracey. "LASCO Money wants to play a role in the economic activity in Montego Bay and we can finance you. We want to encourage the independence of your citizens. We would like to partner with the stakeholders in Montego Bay to help Montegonians become independent and create wealth for themselves."

As part of its early commitment to Montego Bay, LASCO Money presented a phonics educational kit valued at approximately $130,000 to the Montego Bay Infant School. This was a follow-up to requests made by the school when a LASCO Money representative visited the school for Read Across Jamaica Day earlier this year.

As was expected, LASCO Money was given a warm welcome to the western city by the St James Municipal Corporation (StJMC), which expressed hope that the company will add value to Montego Bay and the wider western Jamaica.

Councillor Mark McGann used the opportunity to thank LASCO for its investment in Montego Bay.