Dyer to be inducted into MoBay Wall of Fame 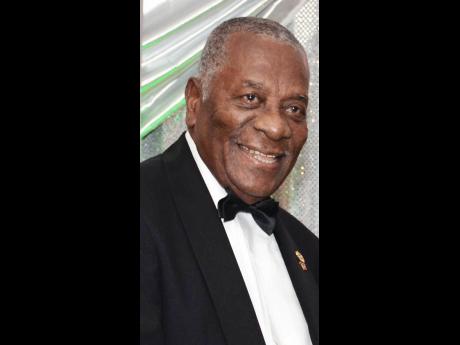 Businessman Godfrey Dyer, who heads the state agency the Tourism Enhancement Fund (TEF), is to become the latest inductee on the Montego Bay Chamber of Commerce and Industry's Wall of Fame at the chamber's Annual Awards Banquet at the Montego Bay Convention Centre, in St James tomorrow night.

Dyer, who has made an indelible mark on tourism, business and philanthropy in the western city, will join other stalwarts such as businessman extraordinaire Anthony 'Tony' Hart, the visionary behind the creation and subsequent modernisation of the Montego Bay Freeport; hotel mogul Gordon 'Butch' Stewart, the founder and chairman of Sandals Resorts International; transport pioneer Ralph Smith of Tropical Tours Limited; renowned Inbond Merchant BD Dadlani; and famed land developer, the late Joe Whitter, the creator of the Whitter Village Complex, who were previously inducted.

"The event promises to be its usual glitzy gala affair with some 350 expected guests from a wide cross section of the corporate community and well wishers," said T'Shura Gibbs, the president of the eight-decade-old organisation. "This year we celebrate 85 years of solid leadership from an organisation that has grown from a vibrant citizens association to a formidable body, lobbying tirelessly to have the needs of its members and citizens of the parish addressed."

According to Gibbs, the chamber's achievements showcase the tenacity and astute stewardship of its board and past executives. Dyer, who has served as chamber president in the past, has been a cornerstone of the organisation over the years.

"We are pleased to honour those who have invested their time and energy in building the commercial value of our city and salute the 2017 inductee to the MBCCI Wall of Fame, renowned hotelier and businessman Godfrey Dyer," said Gibbs. "Mr Dyer will be recognised for his exemplary contribution to the tourism sector, several government and civic organisations and his personal interest in the growth and development of Montego Bay and nation building in general."

The Wall of Fame was introduced in 2015 as a way to recognise individuals who have made a lasting contribution to the community for no less than 20 years in the following areas: Industry Leadership, Exemplary Dedication and Product/Service Innovation/Professional Achievement.

This year's event is being staged under the theme 'Promoting Diversity. Driving Growth'.