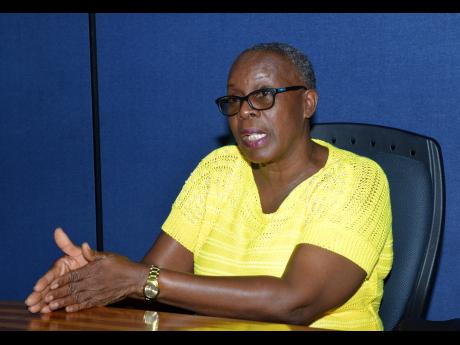 Sonia Clarke Lee - the former principal of Spring Gardens All-Age in St Catherine, who was illegally dismissed by the school board - is now expecting a merry Christmas as it appears the Ministry of Education will pay her the more than $20 million in salary she believes she is owed since being separated from her job in 2008.

Clarke Lee was ordered reinstated by the Teachers' Services Commission in March, eight years and seven months after she was dismissed, without a due process.

She has been pushing the ministry to pay her the unpaid salary since then. Last week, Clarke Lee told our news team that she now has reasons to be optimistic.

"I am now getting the impression that it will be a great Christmas," said Clarke Lee seven weeks after the story of her impasse with the Ministry of Education was first reported.

"I believe the ministry did not expect that I would go to the media with the issue. But as I said before, I was not leaving my money. And I believe I will get it before I leave," added Clarke Lee.

The Teachers' Services Commission had found that the school board acted in breach of the Code of Regulations which governs the running of public educational institutions when it dismissed Clarke Lee.

She was subsequently employed to the Ministry of Education with no job description, but is now set to retire.

According to Clarke Lee, she now expects that her official working life will come to an end on a happy note.

The veteran educator Clarke Lee, who is a trained graduate with a master's degree in curriculum and instruction, has been teaching since 1982. She took up the position as provisional principal of Spring Gardens All-Age in 2007 after resigning her job as acting vice-principal of Inswood High School.

After one academic year in the position and with no blemish to her personal or professional record, and no questions about her ability to carry out her mandate, she should have been appointed principal once a clear vacancy was identified, based on the stipulations of Education Regulations.

Any issue relating to her performance and conduct should have resulted in her being called to a meeting, the concerns/allegations outlined, and she be given an opportunity to respond.

She said none of this happened and still she did not get an appointment letter. Instead, she received a letter from the board instructing her not to return to school in February 2009, prompting her to successfully challenge that decision.

Pay me my money - Punished principal demands her dollars!; Claims $20M in unpaid salary from Education Ministry after wrongful dismissal