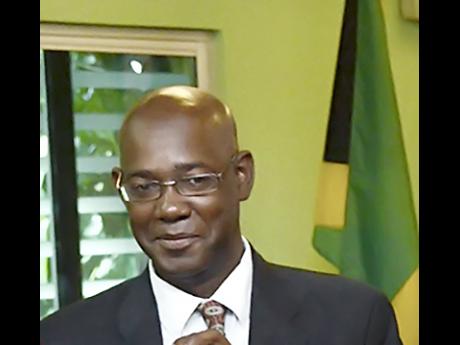 ONE SCIENTIST is emphasising the need for research to bolster Jamaica's preparedness for earthquakes, two weeks after a tsunami warning put the issue back under the public microscope.

"More research is needed," said Dr Lyndon Brown, former head of the Earthquake Unit at the University of the West Indies.

He now works as an independent geophysicist consultant and is also an instructor in geology at Lone Star College in Houston, Texas.

"There is a lot that we do not know about historical earth-quake events. (There is need for) more detailed paleo-seismolo-gical studies that must be funded by the Government of Jamaica. We need to invest more in scientific research," Brown noted.

"We cannot simply rely on foreign institutions to lead research in the island; we need to invest in training of professionals in seismology and seismic engineering to properly map seismic microzonation and continuously improve the seismic codes," Brown told The Gleaner.

His call comes in the wake of the warning issued by the Pacific Tsunami Warning Centre two weeks ago, and which prompted chatter in Twittersphere while providing an opening for renewed national discussion on Jamaica's earthquake and tsunami readiness.

"An earthquake with a preliminary magnitude of 7.8 occurred north of Honduras at 0252 UTC on Wednesday, January 10, 2018 ... Hazardous tsunami waves from this earthquake are possible within 1,000 km of the epicentre along the coasts of Cayman Islands, Jamaica, Mexico, Honduras, Cuba, Belize, San Andres Providencia, Panama, Nicaragua, and Guatemala," read the warning issued by the centre.

No waves visited the island's shores, but the warning was enough to reopen the discussion on the risk.

Tsunamis are caused when a large volume of water is displaced, usually by an earthquake, volcano or landslide.

Jamaica is no stranger to earthquakes and, in fact, shares the fault - the Enriquillo Plantain Garden Fault - that ruptured to cause the devastation in Haiti in 2010. In its wake, hundreds of thousands of people died and others displaced, and the Haitian economy came under even greater strain.

In a 2011 paper he co-authored with other researchers from the University of Texas, titled 'Assessing geohazards near Kingston, Jamaica: Initial results from chirp profiling', Brown warned: "The 1907 Mw [moment magnitude] 6.5 earthquake occurred when Kingston's population was only 50,000 and resulted in 1,000 deaths. In the past century, no significant earthquake has occurred in Kingston and, meanwhile, the metropolitan population has swelled to nearly a million people. Thus, future earthquakes here could cause significant destruction and loss of life."