Still in hiding - Police claims of scamming, gunrunning may have triggered FLA shutout to Westmoreland man 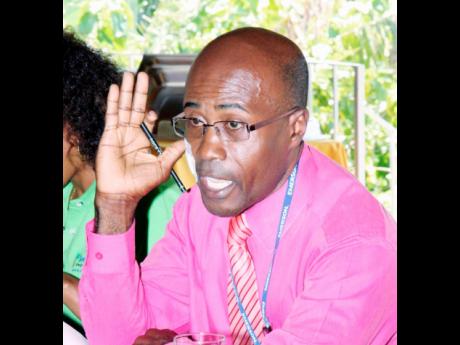 The Westmoreland used-car dealer remained in hiding from police last week but a letter from the police to the Firearm Licensing Authority (FLA) linked him to lottery scamming, murders and gunrunning in the Westmoreland Police Division.

Shawn Smith, who has been in hiding for weeks after claims of shakedown from police in the parish demanding $800,000; harassment; and house searches without warrants, said that he will not surrender to the Westmoreland police.

“I am not gonna take any arrest from them. I will go in. I am not afraid to go in. [But] I will not go in to the Westmoreland police and I will not go in before August,” Smith told The Sunday Gleaner. “They want to hold me under the state of public emergency (SOE) so they can hold me for a long time. When the SOE done, I will go in, but not to Westmoreland.”

The SOE, which was activated on April 30 and extended last month, through a parliamentary vote, for another 90 days, empowers the security forces to hold and interrogate persons indefinitely without charge.

Three weeks ago, Smith was named as a person of interest by the Westmoreland police – a release the corporate police communications unit said was “sent to the media and not routed through CCU (Corporate Communications Unit)”.

The designation by the police, he said, came less than two months after he was detained and released without charge after six days in custody.

Smith’s troubles, however, may have their genesis in a June 2017 letter written by senior superintendent of police in Westmoreland, Egbert Parkins, to chief executive officer of the FLA, Shane Dalling.

The letter, a copy of which was obtained by The Sunday Gleaner, said inter alia, that the police have documented a list of “alleged criminal activities against Mr Smith to include assault of (name redacted) and her daughter. He is also charged with illegal possession of firearm, assault at common law, and discharging a firearm within 40 yards of a public space …”.

“Credible intelligence reports have linked Mr Smith to numerous criminal activities in Westmoreland, to include lotto scamming, murders and gunrunning. I am satisfied that there is strong and enough information against Mr Smith to disqualify him from being accorded the privilege of a firearm user’s licence. In the circumstances, the police are recommending that his fiream user’s licence be revoked … ,” said the policeman’s letter to the FLA.

Attempts over the past two weeks to contact the commanding officer for the Westmoreland Police Division, Senior Superintendent Gary McKennzie, have been unsuccessful. Multiple calls to Dalling on Friday were also unanswered.

Smith denies having any case in the courts with the police, but said he is suing the Government for, among other things, loss of millions of dollars in revenue. Attorney-at-law Bert Samuels said Smith is his client and he is aware of the fears for his life.

“When the case was dismissed and I went for my firearm, the Westmoreland police said they couldn’t find it. I keep going back, and then I was advised to go to the FLA. They told me that I should get back my gun, and up to now,” he said.

Smith, who also operated a rental car agency, bar, and car wash, said that he was not afraid to face the law, but expressed fears that even if he surrendered to the police in another parish, he could end up in Westmoreland and in a “shallow grave”.

“I am not afraid to face justice for anything the police say that I have done. If the opposition leader or Jamaicans For Justice (JFJ) can bring me in and say we have an interest in this, then I will go in,” he said. “But, even if I am dead, something can come out of it,” he said with hesitation and resignation.

“The policemen promised to make my life hell, and it seems that it is coming to pass. I am not a robber. I am not a scammer. Police just believe that I have money and they must get some. The thing is, even if I was a scammer or a robber, the police still want some of the money, yuh nuh see it,” Smith said in an interview.

He said that he was investigated by the Financial Investigations Division, while the Independent Commission (INDECOM) confirmed that Smith has made reports to the body reporting fears for his life.