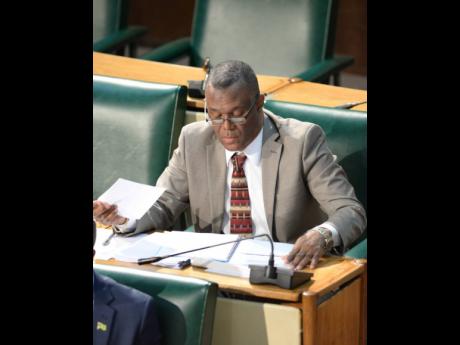 The St James Fire Department has launched an investigation to determine what led to the damage of the engine of its newly acquired fireboat. The boat was handed over to the department in December last year to boost its firefighting capacity.

Speaking at Thursday’s monthly meeting of the St James Municipal Corporation, Superintendent Dolfin Doeman, who heads the St James Fire Department, said that based on investigations, the engine of the brand-new fireboat was damaged sometime in April. He said that although the engine has since been repaired, the department still wants to know how it was impaired.

“The fireboat has been out of operation for about two months. The engine has been repaired and the major part of the work is complete, but there have been some other minor damages that have taken place, and that work will be done before the next month or two,” Doeman said.

“I am not the technical person responsible for the matter of the damage to the engine or the cause of it, but we do know that it is under investigation. The boat is still under warranty, it was reported to the supplier and it has been repaired by the supplier,” added Doeman.

Doeman’s explanation did not sit well with government Senator Charles Sinclair, the councillor for the Flankers division at the municipal corporation. He expressed disappointment that almost three months after the fireboat engine was damaged, the fire department had still not completed its investigations.

“What could have caused a brand-new fireboat to sustain engine damage? Is it that we got a defective boat... Since two months have passed and investigations are still going on. Something’s not right,” said Sinclair, in expressing his disgust with the fire chief’s inability to provide more details.

Amid numerous calls for an upgrade of the fire service in St James, Minister of Local Government Desmond McKenzie handed over the fireboat along with two new fire trucks during the official opening of Montego Bay’s new fireboat station last December.

The fireboat replaced a previous boat which was damaged in 2008, after being blown away by heavy winds on to rocks along the Montego Bay coastline. The loss of that boat hindered the department’s ability to fight fires on the seas surrounding Montego Bay and other coastal towns.