The citizen during a state of emergency 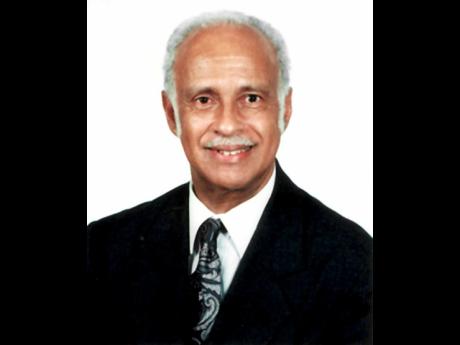 This is the second in a series on states of emergency and the Constitution.

Where there is no state of emergency in operation, Section 14 is in full force. It states that no person shall be deprived of his liberty except on reasonable grounds and in accordance with fair procedures established by law in the circumstances set out in Section 14(1)(a) to (i) and in particular Section 14(1)(f): the arrest or detention of a person, (i) for the purposes of bringing him before the competent legal authority on reasonable suspicion of his having committed an offence, or (ii) where it is reasonably necessary to prevent him committing an offence.

n Section 13(9) of the charter provides the extent that the law may authorise the taking in relation to persons detained or whose freedom of movement has been restricted by virtue of that law of measures that are reasonably justifiable for the purposes of dealing with the situation that exists during a period of public emergency or public disaster.

Any attempt to extend the suspension or abrogation of any of the other fundamental rights of the individual that are guaranteed by the charter based on the existence of a state of public emergency is clearly unconstitutional and illegal and void.

n What are the rights or entitlements of the citizen if he is detained? Is freedom of movement or any other rights affected?

n The charter expressly provides that where a citizen is detained or arrested, such citizen is to be informed of the reason for his detention or his arrest. This is clearly stated in Section 14(2(b) and Section 16(6).

Further, where a person is charged with a criminal offence, Section 16(5) provides that such citizen shall be presumed innocent until he is proved guilty or has pleaded guilty. The regulations under the state of emergency usually provide for detention orders to be served on the citizen held, and the reasons therefore.

It is now well-established law by judicial precedent that the detention order must not be vague, but must contain sufficient particulars so that the citizen can know exactly what is alleged against him in order for him to prepare his defence to respond to same or to make representations to the special tribunals. See the West Indian case of Herbert v Phillip & Sealy (1967) WIR 435, a decision of the Court of Appeal of the West Indies Associated States.

The most important arrow that the citizen has in his armoury when detained is to make an application to the review tribunal provided for in Section 13(10). The charter clearly requires that on a declaration of a state of emergency, a review tribunal is to be promptly established.

It has been judicially decided that if there is no review tribunal established and a citizen wishes to make an application thereto, the state of emergency is unconstitutional, null and void, since it has not complied with Section 13(10).

n It is of paramount importance to note that the section expressly provides that the citizen who is detained under Section 13(9) may at any time request a review of his case during the period of detention or restriction.

n It therefore follows that upon his detention, the citizen can immediately request a review by the tribunal. There can be no procedure or impediment providing for any hindrance or delay for any period before the citizen is afforded the opportunity to apply for a review. Any order or regulation in this regard is wholly unconstitutional, illegal and void, as the charter clearly provides that the citizen can apply at any time during the period of detention.

n The only restriction is that after making such a request, if it is unfavourable, the citizen cannot make another request until after a period of six weeks as provided for in Section 13(10) of the charter.

n It is useful at this stage to compare the new provisions with those which were in the previous Chapter III at sections 15(7) and 16(5). The effect of the earlier sections was highlighted in the Smith Enquiry in the 1976 state of emergency.

n In that state of emergency, a citizen, George Lazarus, was detained. An application was made to the review tribunal on his behalf when the then minister of justice was giving evidence before the Smith Enquiry, he was cross-examined to the effect that the review tribunal recommended the release of George Lazarus, but the minister did not accede to the decision of the tribunal, but instead gave reasons why his detention was still continuing, one of which was to protect the image of the police.

This was permissible at the time, as sections 15(7) and 16(5) both expressly provided that in respect of any person whose freedom of movement had been restricted, the tribunal may make recommendations concerning the necessity or expediency to continue the restriction to the authority by whom it was ordered, but unless it is otherwise provided by law, the authority shall not be obliged to act in accordance with such recommendations.

It was the minister of justice who ordered the detention for Lazarus. Hence, under the then provisions of Chapter III, the minister was not obliged to accept the recommendations of the tribunal to release Lazarus and consequently he remained in detention.

n In 1993, this provision was reviewed by the Constitutional Commission and it was accepted that it was unprincipled. The charter now provides under Section 13(11) that where the tribunal gives directions to the authority by whom such direction or restriction was ordered concerning the detention or restriction of movement of that person, the authority shall act in accordance with such directions. If, therefore, the tribunal recommends the release of the citizen, so be it, contrary to what prevailed prior to the charter.

n It is now, therefore, clear that the citizen has a constitutional entitlement to seek release from detention where he contends that he has been detained without just cause. He is entitled to the reasons for his detention with sufficient particulars in order that he can put his case to the tribunal.

n Consequently, if he has a good case, it is not a case that the decision of the tribunal may disregard. It must also be pointed out that quite apart from the review tribunal set up under the charter, the citizen also has a right of access to the courts. See West Indian case of Charles v Sir Fred Phillips & Sealy (1967) WIR 423.

It is necessary at this stage to indicate what has already been pointed out. The charter states that Parliament can make no law that abrogates, abridges or infringes the rights guaranteed in the charter and that the charter applies to all law and binds the legislature, the executive or public authorities. If any attempt, therefore, is made to enlarge the suspension or abrogation of any of the charter-guaranteed rights by regulations, which are not authorised by the charter, such regulations are unconstitutional, null and void.

It has been decided by judicial precedent that any regulations that conflict with the Charter of Rights are clearly unconstitutional and void. See cases cited above, and in addition, the Attorney General of St Christopher, Nevis & Anguilla v Joseph Reynolds (1977) 24 WIR 552. Such regulations are clearly ultra vires and void.

However, in this case, there was an attempt to promulgate an Indemnity Act of 1968 to take away the fundamental right of access to the High Court as enshrined in the Constitution and it was held as unconstitutional, null and void. The citizen also has a right of access to the court as provided for in Section 19 of the charter, which provides that if the citizen alleges that any provision in the charter has been, or is likely to be, contravened in relation to him, without prejudice to any other action with respect to the same matter which is lawfully available, that person may apply to the Supreme Court for redress.

This section of the charter was recently commented on in the case of Julian Robinson v the Attorney General, judgment of the Full Court delivered on April 12, 2019. In particular, see the judgment of Chief Justice Sykes at paragraph 203(1).

The right of access to the court is also further provided in Section 20(5), which confers jurisdiction on the court to enquire into, and determine, whether a proclamation or resolution purporting to have been made or passed under this section was made and passed without any purpose specified in this section, or whether any measures taken pursuant thereto are reasonably justifiable for that purpose.

This is a very important section, because it permits the citizen to raise in court the issue of whether the circumstances causing the declaration of a state of emergency to have been made falls within the ambit of the charter, or it was done for other purposes; in addition thereto, whether the measures that were taken for the detention of persons were reasonably justified for that purpose or motivated by ulterior motives.

There is judicial precedent for this, as in the case of Pat Stephens, action was instituted contemporaneously with his detention, although the matter only came up for hearing before Chief Justice Zacca in 1985 and he was awarded damages for loss of amenities. In addition, the chief justice increased the general damages for aggravation and exemplary damages for breach of his constitutional rights.

Suffice it to say, the Smith Enquiry found that the reasons given for the detention of George Lazarus by the police officer involved was clearly corrupt and it was unlawful. Lazarus was awarded a sum of $620,000, which included aggravated damages.

It is now well-established law that where the State is guilty of breaching the constitutional rights of the citizen, damages should be aggravated to include a sum as exemplary damages. See Attorney General v Reynolds (1977) 24 WIR 552, approved by the Privy Council (1979) 3 All ER 129.