Facing Christmas on a shoestring budget 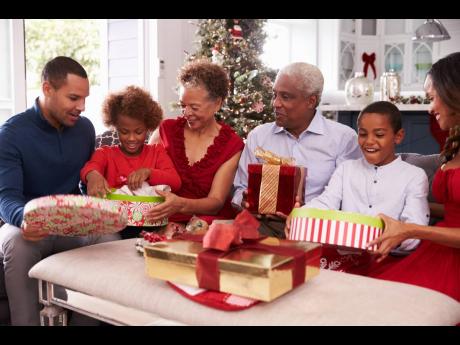 Unto us a boy is born,

King of all creation:

Cradled in a stall was He,

The Lord of every nation,

The Lord of every nation.

– Unto Us a Child Is Born

The Christmas carols on the airwaves are the unwelcome reminder that the festive season is once again around. For many parents, it is the time to plan on how they will best juggle the limited resources so the children can enjoy some semblance of the festivities. Christmas presents are out as the meagre resources can barely cover giving them a proper meal – a step up from what they had during the year.

However, being children, there is no escaping the disappointment of realising that ‘Santa’ visited other children, but bypassed their doors. For insight on dealing with this holiday dilemma, Family and Religion reached out to Rev Dr Zebulah Aiken of the Miracle Tabernacle Free Town Church of God of Prophecy.

Stating her understanding and concern for parents who are in situations like the one above, she bemoaned the commercialisation of the season which has now become a headache for struggling parents, who, instead of focusing on important things like education, clothes and just ensuring food is on the table, feel pressured by what’s going on around them.

For her, she said it would be a good time to re-educate children on the real meaning of the season. She said it is sad that a lot of these children who are clamouring for presents have no idea about the Nativity story.

“There are so many children who neither go to Sunday nor Sabbath schools, and so for them, Christmas is just about gifts and very little else.”

She said for parents who are challenged financially, it is not a cop-out from buying gifts, but it is also a way to point them to the real meaning of what the season is about.

Dealing with Christmas on a shoestring budget, she said parents can get creative and ensure their children feel special.

“All presents don’t have to be bought in a store. Parents can make something original and unique for their children and tell them it was their ‘labour of love’ for the season,” suggested Aiken.

She said parents know their children and will have an idea of what that ‘special’ will be for them.

Another suggestion from her is that they capitalise on the many children’s treats being staged.

She said, fortunately at this time of the year, there are so many organisations and individuals who have come together to stage children’s treats.

“In almost every community across the island, some groups or organisations will be staging treats for the children, which will climax with their leaving with a toy,” she said, encouraging parents to take advantage of the opportunity and take their children to the events, ensuring that they not only enjoy the other activities but leave with a toy. She said her own church, through its foundation, will be hosting their annual treat on the grounds on December 20.

On a sober note, Aiken said she doesn’t want parents – whether they can afford it or not – to get so caught up in the season that they forget that there is life after Christmas.

She said too many times parents go overboard trying to ensure that their children have expensive toys and all kinds of treat, and come January, they are ill-prepared for any emergencies.

She said too many forget, especially those who are paid monthly, the long stretch ahead to the next payday, and by the time ‘reality check’ comes in, it is too late.

As the big day draws closer, Aiken said parents, whether those who are well-to-do or struggling, should ensure the real meaning of Christmas remains central in their thoughts.