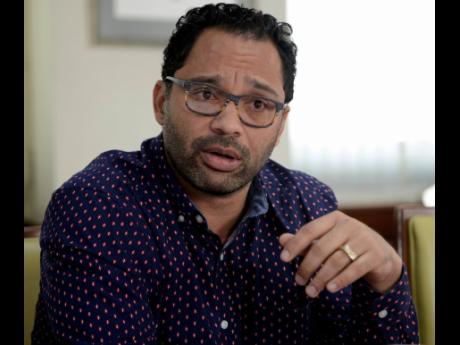 Jamaica should brace for a large-scale mental-health fallout among returning cruise ship crew members after being stranded on the high seas for weeks, Dr Shane Alexis, the People’s National Party’s junior health spokesman, has warned.

Alexis, who is also the party’s caretaker for St Mary South East, said that the mental-health effects could be along the lines of the post-traumatic stress disorder (PTSD) that afflicted thousands of American military personnel upon their return home after experiencing harrowing experiences under fire.

He made the scary diagnosis in Tuesday’s digital press conference hosted by the parliamentary Opposition.

“... Those workers have been suffering on boats locked away in small rooms with limited or no human contact (and) that is going to cause anxiety, depression, issues with sleep, even drug abuse down the road,” he said.

Alexis explained that prior to the Gulf War, Americans were unaware of how PTSD manifest itself in the behaviour of their returning soldiers.

“In other words, what happens to you today, a couple of months down the road causes problems, issues (and) that affects your ability to work.

“So when Royal Caribbean or Carnival says we ready for you to come back to work in a few months, you say, ‘No boss, I can’t lock up in a ship again’,” he said.

The junior health spokesman queried whether the Ministry of Health and Wellness had established follow-up protocols to address the emerging “severe mental-health consequences”.

He predicted that the anguish of isolation could spill over on to family members as well.

PTSD has been defined as a mental-health condition triggered by a terrifying event. Symptoms may include flashbacks, nightmares, and severe anxiety.

Many people who go through traumatic events may have temporary difficulty readjusting to social norms and relationships.