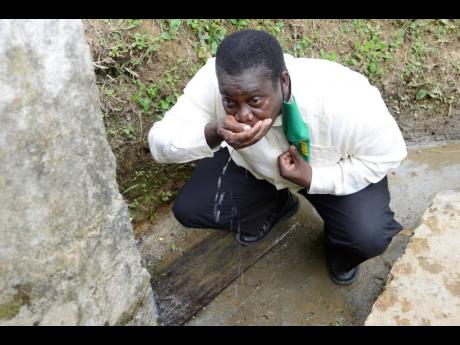 When Robert Montague lost the St Mary Western seat in 2011, it probably came as a shocker to many, but five years later he miraculously regained that seat in an impressive fashion.

Montague, who is the incumbent for that constituency, attributed his loss in 2011 to a national swing against the Jamaica Labour Party (JLP), which had earlier formed the government in 2007.

“It was really a swing against us in 2011, which was determined by the electorate,” said Montague.

He added: “We accepted the results of that election with the view that we needed to impress on the hearts of the people and to be seen as a viable and only alternative. I ran a powerful campaign in the lead-up to the 2016 general election, and with a hard-working team, we were successful in that general election.

“It’s a lot different now with the COVID-19 virus affecting us as a nation, but if we all just follow the protocols and adhere to the guidelines and regulations set out by the Ministry of Health, we can be successful in the fight against this dreaded disease.”

According to Montague, who is also chairman of the JLP, his campaign is on and is going well, although he was quick to point out that the Internet, mainly through the use of social media, including WhatsApp, Twitter, Facebook, and Instagram are being used to reach out to the constituents in light of the changes announced by the prime minister.

“I only have one aim in mind, and that is to retain the Western St Mary seat. I was able to do some of the work which I was elected to office to carry out. Yes, there is a lot more to be done, but I have never lost focus. The basic infrastructure of this constituency is being improved and I have already set a timeline when most of the upgrading and construction will be accomplished,” he noted.