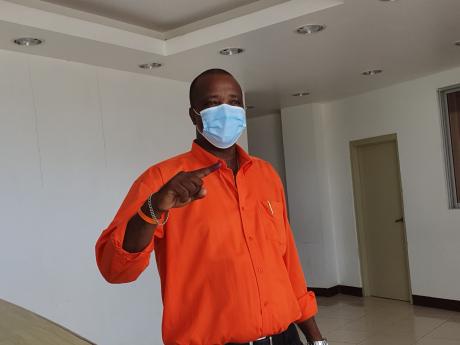 Incumbent member of parliament (MP) for Trelawny Northern, Victor Wright, is predicting a 15 per cent increase in his margin of victory in today’s election.

According to Wright, his constituency canvassing indicates that this year, he will be victorious over his opponent Tova Hamilton of the JLP by more than 1,000 votes.

“We are very confident.  We have never had any doubt that we will retain the seat for the People's National Party.  Despite all the buzz and the hype that the Jamaica Labour Party has, we have our numbers; we have our canvass and we can see on the ground very clearly, that we will be victorious at the end of the day,” Wright said.

Wright, who was speaking to journalists shortly after exiting the polling station at the Trelawny Multi-Purpose Stadium, where he had gone to cast his vote, is seeking a second term as MP.  He said so far, except for a few concerns, he is satisfied with the way in which voting operations are being carried out in the parish.

“I visited about 40 polling stations so far, and voting has progressed well. There was a little bit of hampering because of the early rains that we had this morning at some of the polling stations at the Spicy Hill and Prospect area; they were very wet and muddy,” he explained.

“I am a little bit concerned about Clarks Town. I see where the protocols for social distancing were not being observed and I also found that it would be difficult for the authorities there to maintain the social distancing given the setting there and that’s the major concern I have had so far,” he said.

Wright said he is encouraging voters to observe the COVID-19 safety protocols.

This is a difficult time to be having a general election. We have no choice; we were called for this.  This is our civic duty to do it. Doing it in a pandemic is really difficult… I am hoping that our voters can be safe at the end of this process,” Wright said.