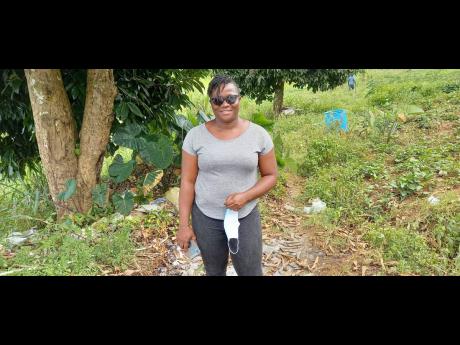 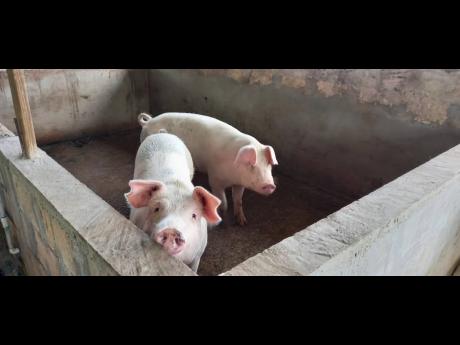 Contributed
Two of the pigs that are being cared for at Carron Hall High School. 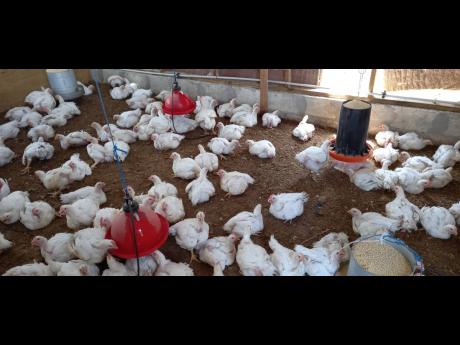 Contributed
Some of the chickens that are being raised at Carron Hall High School in St Mary.
1
2
3

Carron Hall High School in deep rural St Mary operated an excellent farm programme at the school, which allowed for its population to eat what they grew. However, since the outbreak of the COVID-19 pandemic in March, activities on the farm have been drastically curtailed.

Before COVID-19, Carron Hall High placed special emphasis on ensuring that provision was made to provide ground produce and livestock, at a minimal cost, to residents in communities that are in close proximity to the school. From the sale of their produce, the school purchased seedlings, fertiliser and feed for the pigs and baby chicks.

Carron Hall High School, which has undergone transition over the years, reportedly invested heavily in farming activities, thus allowing for its students to learn basic agriculture skills in planting and livestock – a career that has seemingly come of age.

The institution’s agriculture programme is being run by Vickers Forrest, who has been creating waves at that institution by gaining the confidence of students. The interactive teaching style of Forrest has resonated well with her students, who are all to eager to participate and to also learn about the importance of grasping the concept of ‘eating what you grow, and to grow what you eat’.

“Students have embraced the importance of agriculture and the need to at least do backyard farming,” said Forrest.

“Here at Carron Hall High School, we ensure that our students are taught the basic knowledge about farming. We grow mostly quick crops, including pepper, okra, pak choi, and callaloo. Other crops such as banana, pumpkin, Irish potato, watermelon and corn are also grown. What is grown here at Carron Hall is served at the canteen to our students and staff, and the community also benefits.

“We also engaged in livestock farming, including pigs, chickens and rabbits. Our chickens are sold to residents at a more than reasonable price. We also ensure that our students are provided with warm meals every day. However, since COVID-19, which forced the closure of school, our farm has become somewhat run down, but we still continue to raise pigs and chickens.

According to the farm teacher, since the pandemic, they were forced to scrap what she described as a booming Irish potato crop, which once yielded tons of that produce. She said the shutdown dealt a crippling blow to the entire farming programme, more so to the potatoes, which were left to rot and were never replanted.

“Cash crops were grown, but now that has been halted. We grew watermelons annually, along with Irish potatoes, which was our best and most successful crop. There is a high level of uncertainty as to what will happen over the next three to six months, but we are all hoping that things will change for the better.”

A visit to the school recently by The Gleaner revealed that pigs, chickens and rabbits were still being reared. However, there was no sign of any planting activity taking place.