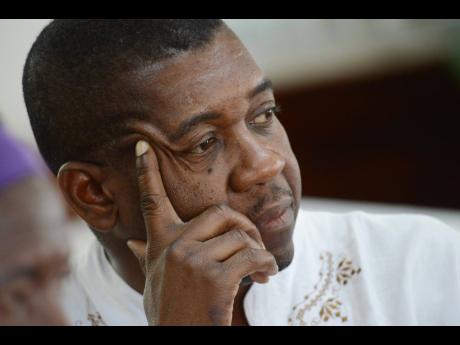 Reverend Norva Rodney, president of the Jamaica Baptist Union (JBU), says he is very concerned that some Christians appear to be missing their calling, as they are falling prey to moral decadence because of their preoccupation with wealth and the acquisition of power.

“Ours has become a church and a society that seems to value material goodness as an expression of our righteousness,” said Rodney, who was delivering the main sermon at the closing service of the 171st General Assembly of the JBU, which was held virtually for the first time.

“Reaffirming identity remains a challenge because we are living in a world where human pre-occupation with material things and creature comforts are dominant, and this at the rejection of things spiritual, moral and of cultural value,” lamented Rodney, who is the pastor at the Kitson Town Circuit of Baptist Churches in St Catherine.

The pastor, who is in his second year as JBU president, believes that some persons are abandoning godliness in their pursuit of material things, which has become an obsession to them.

“There is an obsession with material things that have fed a spirit of compulsive self-absorption at the expense of wholesome relationships,” said Rodney, whose message was in keeping with the general assembly’s theme, ‘Keeping Faith with the Word in an Ever-Changing World –Reaffirming Identity’.

“This has manifested itself as freedom without responsibility and relationships without sacrifice,” said Rodney, highlighting the vices of more decadence.

In urging the wayward followers who have put material things ahead of true Christian values, the JBU president issued an urgent call for a reaffirmation of godliness.

“Today, the call upon our lives to reaffirm Christian identity comes amidst circumstances which signal the need for change and for a radical reformation of our character,” said Rodney.

Reverend Karl Johnson, the JBU general secretary, believes that, despite the forced changes to the structure and format of this year’s conference as a result of the COVID-19 pandemic, the objectives were met.

“For the first time since Baptist zeitgeist began in 1783, we have come together, using various platforms and, oh, how we thank God that we were able to do so amidst the pandemic,” said Johnson, who played a pivotal role in organising the conference.

During the conference, Reverend Dr Glenroy Lalor, the pastor of Bethel Baptist Church, was reaffirmed as president-elect. He will assume the office of president when Rodney’s tenure ends in March 2022.