Woman, 92, flees US to escape COVID but catches it in Jamaica 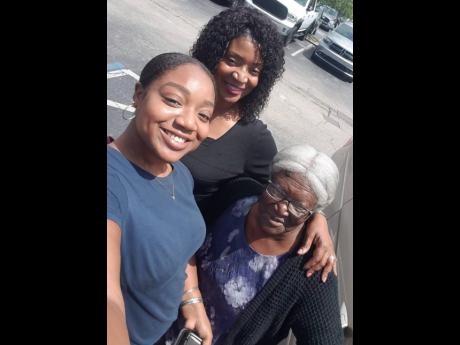 Contributed
Millicent White, on her return to Florida on March 5, seen here with daughter Charmaine White and granddaughter Tiffany Hastings. 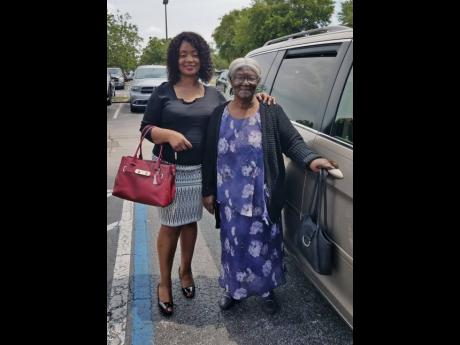 Contributed
Registered Nurse Charmaine White and her mother Millicent White, in Florida in 2019 before the COVID-19 pandemic. 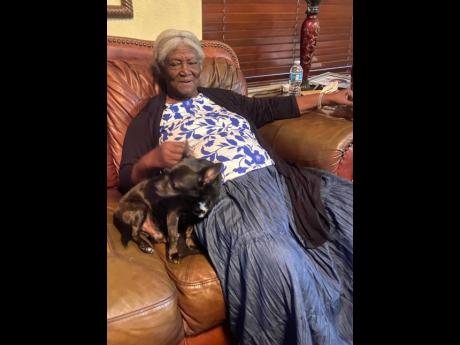 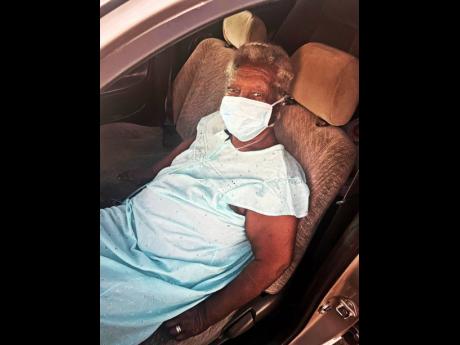 Contributed
Millicent White, just after her release from the Falmouth Hospital in February 2021.
1
2
3
4

In a case that befits the Jamaican proverb, ‘Long run, short ketch,’ a 92-year-old Jamaican woman residing in Florida, USA, was sent back home in July last year by her daughter to escape the ravages of the COVID-19 pandemic in that country, only to catch the virus at her home in Alps, Trelawny, earlier this year.

Registered nurse Charmaine White told The Gleaner that she consulted with her siblings who were also living in the USA, before deciding to send their mother, Millicent White, back to Jamaica to keep her away from the pandemic.

“I took her down (to Jamaica) in July last year, trying to run away from COVID. It was a tough decision for all of us,” White said.

White left her mom in the care of another sibling at their home in Alps, located in the mountainous region of southern Trelawny, and returned to work in Florida where her duties as a dialysis nurse include treating COVID-19 patients.

On Monday, January 4, her mother celebrated her 92nd birthday and was in high spirits. However, she started complaining of feeling ill the following day, and was coughing.

But her mom insisted that it wasn’t COVID, claiming her daughter had checked with the doctor the previous day and was told she was just suffering from influenza, even though a COVID-19 test was not administered.

By Saturday her mom reported that she was feeling a little bit better. However, things took a turn the following day.

“Sunday morning, January 10, at around 7 o’clock I got a call from Jamaica stating that my mother had passed out. She got up to go to the bathroom and just passed out. I told them to take her to the Falmouth Hospital,” White recounted.

“She was taken to the hospital where she was given two bags of saline and sent back home, without them administering a COVID-19 test,” she said.

However, a chest X-ray was done.

Upon hearing of the situation, White and her daughter immediately got tested for COVID-19 and upon getting the (negative) results, they flew to Jamaica the following day.

“When we got to the home, at around 4 o’clock, I saw my mother lying down in the bed, totally disoriented. She was cold, she was grey, her lips were blue, and she did not recognise us. I shook her and she was totally out of it,” White related.

Her mother hadn’t got out of bed all day and hadn’t eaten anything either, she was told.

White rushed her mother to the Falmouth Hospital in an effort to save her as, in her opinion, she was at death’s door. At the hospital the sick woman was immediately administered IV and given something to eat. During her wait in the A&E, over four hours, she became unresponsive eight times. At around 10:15 p.m. she finally got a bed on a ward.

A COVID-19 test was done later and in the end, her 92-year-old mother, who White describes as “a kind-hearted, God-fearing prayer warrior, the epitome of a virtuous woman”, who attends the New Testament Church of God, had caught the virus from her daughter who was in fact carrying it.

“She stayed at the Falmouth Hospital and recovered. She was there well over three weeks in the hospital, on oxygen. She was gradually weaned from the oxygen and was finally discharged. She then got an oxygen concentrator which we had brought down for her.”

Reflecting on the ordeal, White was left impressed by the treatment her mother got at the Falmouth Hospital, giving thumbs up to the nurses, and three doctors who she met while at the hospital.

“I took her to Jamaica because I thought she would be safe from COVID-19, so when she got it there now, I was like, ‘Oh my God! I took mama to run away from COVID-19 in the US and now she come down here and got it!’ I said ‘You know what, if she’s to die I’d rather her to die in Jamaica’.

“My fear was, if she dies now, are we ready? It was more about us, the decision we made. She lives with me here (in the US) but then it was a decision that all of us here made. And I gave myself the consolation, yes, I did the right thing. The outcome was great and I was also satisfied with the care that she got from the hospital.”

White said she told her mother to lie on her stomach while at the hospital, and asked the nurses and doctors to ensure she does that. It is a practice referred to as proning, and while it is not a procedure followed in the United States, she pointed out, it is quite useful for someone trying to recover from respiratory infections such as COVID-19.

The position allows for better expansion of the dorsal (back) lung regions, improved body movement and enhanced removal of secretions which may ultimately lead to advances in oxygenation (breathing).

“There was, however, one nurse, a very nasty woman. When I realised that she was nasty, I just ignored her. I saw her walking around the A&E with no mask on her face. I went to the counter and said ‘Excuse me,’ and she just looked at me and turned away and that was it. She didn’t address me. Other than that, the nursing staff was excellent.

“The two doctors I encountered – a Cuban and a Ghanaian – were wonderful and the third doctor, Dr Dixon, my hats off to him. He took care of my mom while she was admitted. He took the time out to listen to me,” White pointed out.