A love like this: Couple marries after 50 years of togetherness 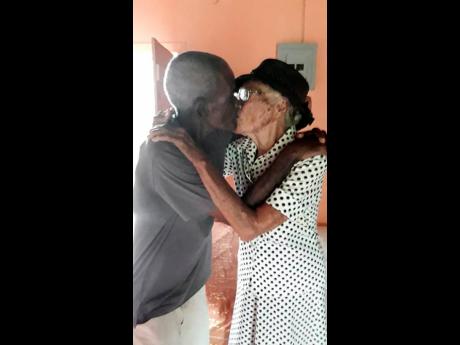 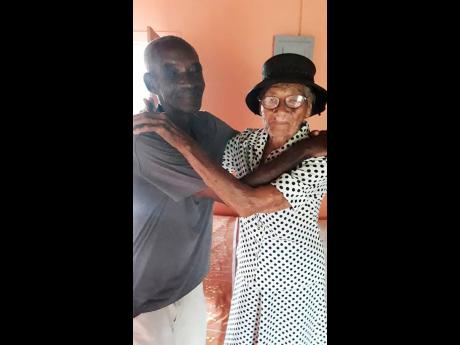 Contributed
A love like this: Alphanso Reynolds and his wife Mary. 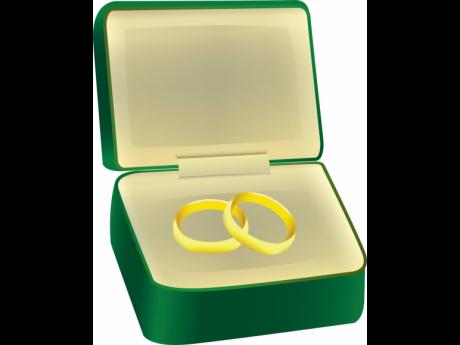 An aged love with a fresh ‘I do’ is the best way to describe the story of how 84-year-old Alphanso Reynolds happily wedded his 93-year-old soulmate, Mary.

The two are members of the Black River New Testament Church of God in St Elizabeth, and boast a love story that dates all the way back to 1965.

“I was doing some road work for the government. She came to me and asked me if she could get some work to pour water for the workmen,” Alphanso shared, adding that he did not hesitate to seek permission from his supervisor to facilitate the request.

Weeks passed and Alphanso would watch Mary as she worked. His admiration for her grew stronger each day.

“I used to like the way she operates. She would come to the site with her clean bucket of water, her clean towel and glasses and she dressed up nice and clean. I would always look on her and say to myself, ‘I really like how that lady carries herself’,” he said.

Looking back, Alphanso admitted he relentlessly pursued his new co-worker but was initially ignored. However, he never gave up and Mary eventually gave in.

There began their sweet life together, that admittedly, was sprinkled with much bitter moments especially when they lost their daughter who was 16 years old at the time.

He revealed, “That was such a hard time for us. We took it really hard because our daughter was so sweet. She was such a beautiful daughter and people called her ‘Queen’.”

Their daughter died shortly after she was diagnosed with cancer. It was a rocky time for the couple, but they were determined to weather every storm together.

When Mary decided that she wanted to commit her life to the Lord, Alphanso, who attended church regularly, did not discourage her. But the two were unmarried.

“When I decided to give my life to the Lord, I stopped sleeping with him. We were living together in the same house just the same for many years, but we did not sleep together at all,” Mary shared, adding that they wanted to get married following her conversion but was unable to do so because of documentation restrictions.

Sharing on this was their pastor, Rev. Dwight Whitely, who noted that Alphanso experienced issues with his registration at birth, making it difficult for them to get married.

Rev. Whitely further explained that despite this problem, Alphanso had come to realise the honour in marrying the love of his life and the mother of his son, and with the help of the church’s outreach ministry, they were able to secure his birth registration details.

It was a beautiful day on August 17 when the elderly couple tied the knot at home after over 50 years together.

“I just put on a nice pants and a nice shirt and my wife put on something nice and we just do a little thing. It was nothing big, it was only pastor, Sister Thaxter and our son,” shared the 84-year-old first-time husband.

As their officiating pastor, Rev. Whitely told Family and Religion that of all the weddings he has conducted in the past, the Reynolds’ was perhaps the one that brought him the most joy.

According to him, “I have officiated numerous weddings but none gave me the feeling of satisfaction that Alphanso and Mary’s wedding gave to me.”