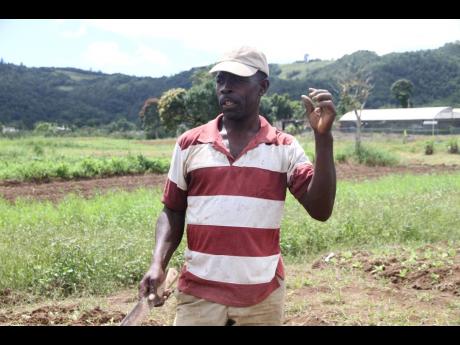 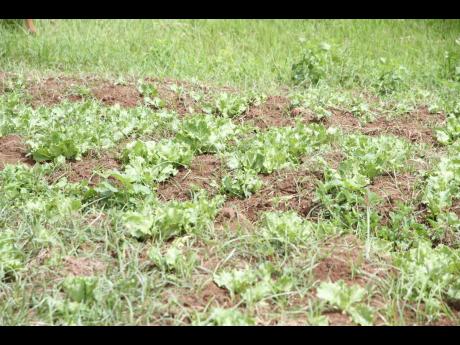 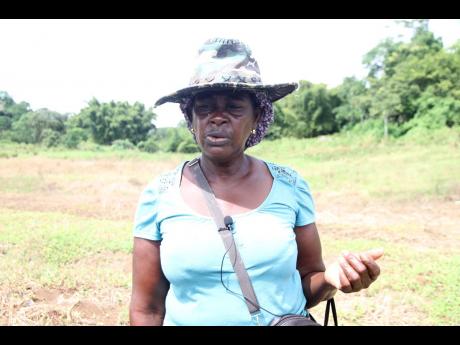 Farmers in Bog Hole, Clarendon, are citing a bleak Christmas. They say their hopes of a profitable Yutletide season have been dampened by flood rains associated with tropical storms Grace and Ida in August.

Last month, the Government announced that restoration to the agriculture industry would cost an approximated $2 billion. It was also disclosed that the livelihoods of almost 18,000 farmers were affected after a total of 4,594 hectares of crops were destroyed. The farmers explained that the storms unearthed new woes for them, citing an already existing slump in business since the onset of the COVID-19 pandemic.

Citing the Christmas season as a generally lucrative time for farmers, the farmers say this upcoming season is not looking promising. “Fe the Christmas ... mi nuh think it a go look that wonderful because all of what we did provide fe Christmas the water come and drown them. We a gwaan do a thing now but it nuh look too bright,” a despondent Larkland Douglas told The Gleaner.

Douglas, who was busy planting lettuce on Saturday, said he is working assiduously to secure even a small portion of the market by planting vegetables, which he said have been very marketable over the years. His efforts, however, are being hurdled by hefty chemical and fertiliser prices. “One bag of fertiliser is almost $10,000 so it have we under pressure. Like here so will take a bag and a half which will cost almost $16,000,” he said in reference to his lettuce field.

Douglas related that the businesses of several farmers in the farming community had been jolted significantly, adding that they had been without crops to reap since August­­ – the start of their most profitable season. “The time we supposed make some money is that time the ‘water drown’ come. The price is up but we don’t have nothing to sell,” he said.

Similar sentiments were echoed by Winston McCook, who told The Gleaner that he lost acres of cabbage, lettuce and carrots to the flood. “[The Christmas season] not looking so good yah now. The first money we spend, that money just gone ... just call it a loss, ‘cause you can’t afford to buy back the fertiliser that you would want and pay people to help you again. The flood came in and the river course came and flood off the area,” McCook said.

Janet Gabbidon, who plants yam, dasheen, and other crops, told The Gleaner her livelihood was significantly disrupted by Tropical Storm Ida. Her biggest loss, a two square-foot field of sorrel from which she profits big during Christmastime. Gabbidon also lamented that she was only able to reap 200 of the 10,000 cabbage from her cabbage field, accounting for a major debt in her finances. “We set the crop fe sell it and get a money fe the holiday, but the water come and wash it out,” Gabbidon bemoaned.