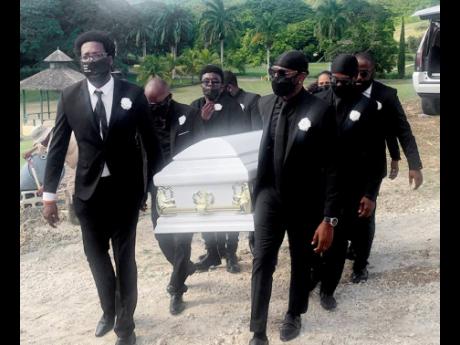 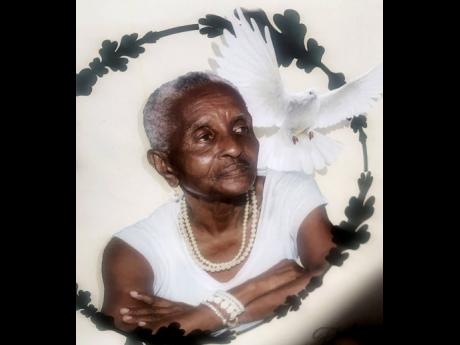 Sarah Ann Darling Finlay, the mother of the senior Gleaner Writer Janet Silvera and grandmother of photographer-videographer Ashley Anguin, was eulogised as the ‘ultimate village’ mother at her tribute-filled funeral at the St James Parish Church on Wednesday.

Finlay, the mother of seven children, was renowned in her Salt Spring Road community as a woman who exemplified what it meant to be a good neighbour, especially to the children, who saw her home as their home away from home, where love and kindness were always available in abundance.

For Anguin, who gave the remembrance, her grandmother was simply her best friend, the one with whom she could laugh, pick her brain, and share any secret, knowing that it would safe. At times, she drew laughter from the congregation as she offered cheerful reflections of them travelling together to visit relatives overseas.

“My grandmother was my best friend … our friendship was the sweetest thing ever ... . She taught me a lot of life lessons ... we shared many secrets ... we were best friends,” said Anguin, leaving little doubt that she believed she was the proverbial apple of her grandmother’s eyes.

Silvera, the last of her mother’s children, in delivering a tribute on behalf of her family, exuded nothing but total love for her mother as she reminisced about life growing up alongside her sibling in a household where all the children, both her own and those she took in, were made to feel special, instilling in them the virtues of sharing, caring, and looking out for the less fortunate.

“Even though we were not rich, we were taught to help out other needy persons as well,” said Silvera, possibly explaining the spirit of generosity which is one of the hallmarks of her own life. “My mother would never lock her door in the face of anyone she knew.”

While reeling off her mother’s many fine qualities, Silvera ended a sentence with the words, “that was my mother”. At that moment, a bird came out of nowhere, perched momentarily on her head, and then flew away, causing audible gasps and questions of “Did you see that?” from persons in the church.

After two riveting performances by the quartet HIS, who did musical justice to the song My Life Is In Your Hands, and a masterful rendition of You Raise Me Up by saxophonist extraordinaire Fitzroy ‘Saxie’ Minnott, officiating minister, The Venerable Justin Nembhard added another rich chapter of praise, lauding ‘Modda Sarah’ as a woman of exemplary qualities.

According to Nembhard, Modda Sarah was a woman who displayed good Christian values in her interactions with the church, her family, and the wider Salt Spring Road community, and was a living example of caring and sharing to all those with whom she crossed paths.

Modda Sarah, who was 86 years old at the time of her passing, was laid to rest at the Dovecot of St James Memorial Park. She is survived by her seven children, namely, Yvonne Finlay, Shirley Finlay-McFarlane, Pamela Findlay, Lorna Finlay, Wayne Finlay, Grace Findlay-Campbell and Janet Silvera.