‘This honour is for my ancestors’ 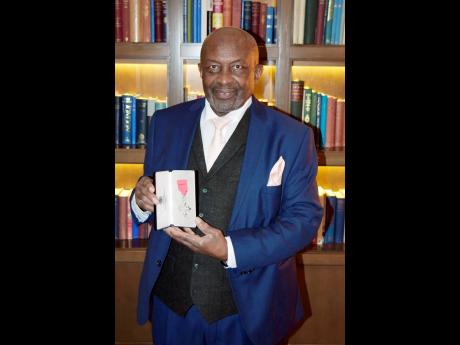 Contributed
Maxie Hayles proudly holds his MBE insignia which was presented to him by Princess Anne.

Maxie Hayles, one of the leading campaigners for equal rights for African-Caribbean people in the West Midlands for more than three decades, has received the Member of the British Empire (MBE) insignia in a ceremony at Windsor Castle.

The presentation was made to Hayles by Princess Anne during the investiture ceremony inside the Queen’s Audience Chamber on November 3. He was named in the Queen’s Birthday Honours List in 2020, but the presentation ceremony was postponed because of the COVID-19 pandemic.

In response then, Hayles said: “This honour is for my ancestors as I stand on the shoulders of giants. It is also for the activism work I have done, nationally and internationally. I hope it will also be an inspiration for young people.”

As a leading activist and campaigner for many years, Hayles has been instrumental in organising marches, rallies, vigils, peaceful demonstrations; and signing petitions highlighting social inequality and injustice on several fronts.

Four years ago, the veteran civil rights activist launched his autobiography, Taking it to the Max, in the House of Commons. He spoke of having made a success of life in the UK, after arriving from Jamaica as a 16-year-old in the spring of 1960.

The book was poignant, thought-provoking and also shocking, as he pulled no punches describing his own struggles with racism and those of others he helped. It charted his many years dedicated to his work with the Birmingham Racial Attacks Monitoring Unit (BRAMU), from its inception in 1989 until it folded in 2012, Sandwell Racial Harassment Unit, and his two decades working with homeless young people in the West Midlands.

He is an active member of the trade union movement, locally, regionally and nationally, attending many conferences, rallies, seminars and training events in order to better represent trade union members on all aspects of equality and diversity.