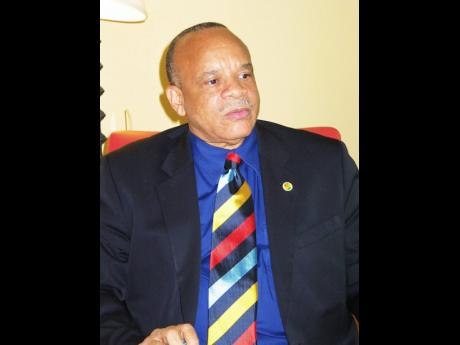 Minister of Tourism Edmund Bartlett has offered condolences to the family of Dr Jean Holder, who was regarded by many in the Caribbean as the father of regional tourism development.

“Jamaica is proud to have had an association with this great Caribbean man from Barbados, and we are all in his debt. On behalf of the Government of Jamaica, we offer our condolences to his widow, children and the many other key partners, stakeholders and extended family that have embraced and encircled him during his lifetime. May his soul rest in peace,” said Bartlett.

Born in Barbados, Holder spent more than three decades of his professional life developing and enhancing the tourism industry, which has now become the primary source of foreign exchange and economic growth in the region.

Holder, who represented his country for 14 years, was widely known as the face of the Caribbean Tourism Organization (CTO) for three decades. By the end of his tenure, the CTO became the region’s largest tourism marketing and development organisation, with 34 Caribbean states and several national, regional, and international private-sector travel and tourism organisations and firms as members.

“Dr Jean Holder is indeed an iconic Caribbean man who has transcended the region into the global space. He has served tourism as a real giant and we are all the better for it. On his shoulders, so many of the leading Caribbean entrepreneurs, administrators, planners, thinkers, and even ministers have stood as we chart a path to make the Caribbean one of the leading destinations in the world. We mourn his passing but we glory in his legacy,” said the minister.

Along with his career in tourism and the foreign service, Holder made substantial contributions to Barbados’ cultural development.

Holder was the founding chair of the National Independence Festival of Creative Arts, which he co-founded in 1973 with other prominent Barbadian artists.