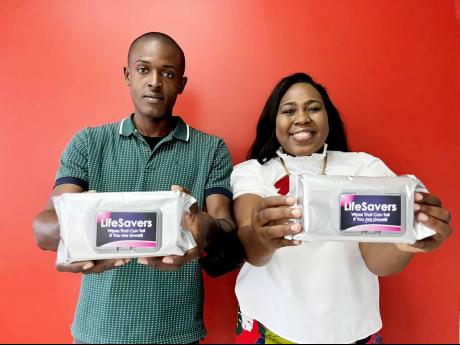 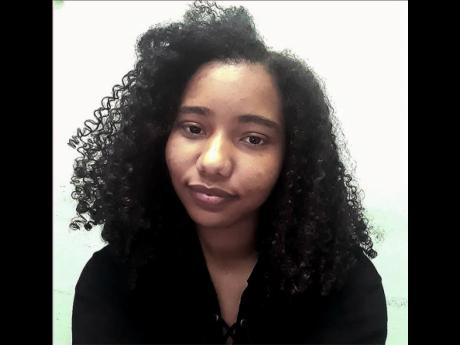 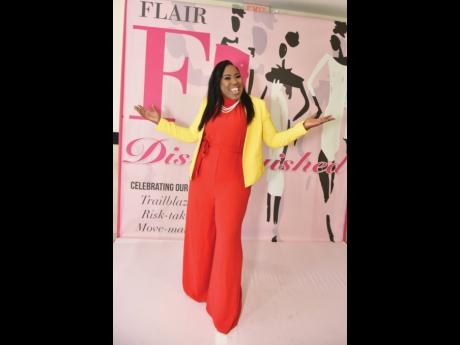 A neighbour’s deteriorating eyesight was the genesis of Georgia Crawford Williams’ creation, LifeSavers Wipes, which recently won the top prize in global innovations at the International Design Excellence Awards (IDEA).

Her mother had taken the neighbour to the FISH Clinic to be diagnosed when she was informed by doctors that the neighbour was going blind and there was very little that could be done.

“That was because she didn’t spend time monitoring her diet. When my mother told me, I was saddened by it, and I said to myself, ‘Something has to be done so that we don’t find our people facing these kinds of illnesses and being unaware to the point of blindness,’”she said.

A sociologist by profession, Crawford Williams embarked on a mission with two chemists to develop what is now deemed a viable product that changes colour in a matter of seconds once abnormal glucose levels are detected.

It was developed over a period of 15 months.

“Women automatically wipe after they urinate, and they do so four or five times a day. Each time you urinate, you get an understanding of what’s happening with your health and then you can take the action,” Crawford Williams said, adding that the product serves as both a monitoring device and an early-warning system.

The prevalence of diabetes in Jamaica and around the world makes the product even more critical.

The Jamaica Health and Lifestyle Survey (2016-2017) indicates that one in every eight persons 15 years and older has diabetes.

Four out of 10 persons in Jamaica who have diabetes are not aware of their status.

“They are normal wipes. The secret really is in the sauce. It is the solution that we have added to the wipes that is actually causing the reaction. We are talking with some partners because it can be integrated into existing wipes to make them more functional,” Crawford Williams said.

The creators are open to licensing their solution to manufacturers. Attendees of the recent conference have reportedly shown an interest in partnering with the trio to save lives. Crawford Williams said they are exploring the options to “get the product into the hands of those who need it”.

Globally, there are more than 200 million pregnant women each year who are at risk of gestational diabetes and could benefit from using the wipes.

Crawford Williams, the team lead, said many pregnant women do not become aware until they visit the doctor, which is possibly once a month and for poor pregnant women, the visits may not be so frequent.

The team will also be seeking to improve the care of the elderly and the hospitalised with the development of urinary tract infection wipes.

Crawford Williams could not divulge investment to date or how much is required to get the product in the hands of consumers.

To make LifeSavers Wipes a global brand, she said key partnerships would have to be forged, primarily because the team does not want to reinvent the wheel.

Costing and logistics will determine if the wipes are produced locally, but Crawford Williams said product development will continue to be done in Jamaica.

Lead chemist Dr Peter Nelson explained that the majority of the lab periods were spent testing for reproducibility and working on a shorter response time.

“We had to fine-tune a lot of things. The solution may have worked in a test tube, but what about on the actual wipes material? We had to think about the moisture content of the wipes,” he said.

Nelson added that steps also had to be taken to ensure that the wipes would only change colour when excess glucose is detected, as a small amount of blood sugar is usually in the urine.

“The compounds that we used are things that we eat on a daily basis. These are organic. They come from ground provisions and the like,” Nelson said, as she spoke about the safety of the personal hygiene wipes.

Meanwhile, Shannon DaCosta, who served as the analytical chemist, told The Gleaner that she gained meaningful experience in research and development as a member of the team.

DaCosta, who holds an undergraduate degree in chemical engineering from Worcester Polytechnic Institute in Massachusetts, never expected that she would work on such a project at age 27.

“It came to me quite fortuitously. I really hope that it will become what Georgia envisions for it. It would be good to have that kind of technology and resource for low-income people,” DaCosta said.

The team lead told The Gleaner that there are also plans to incorporate the solution in other products over the long term.

“In the next five years, we hope that our brand will be saving lives across the world,” Crawford Williams remarked.