The Moodies – 46 years of dedication and support 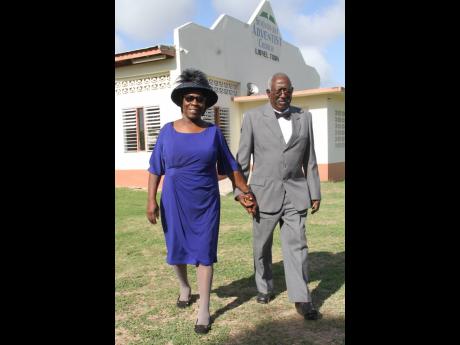 Nathaniel Stewart
Neville and Jennifer Moodie of Hayse, Clarendon walk in step at their church in Lionel Town. 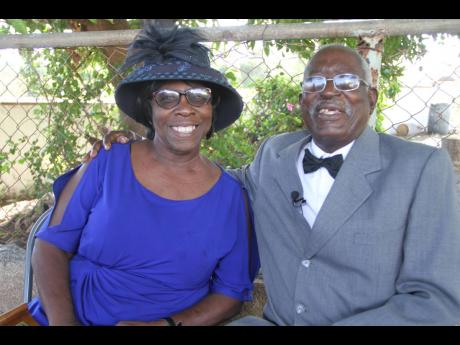 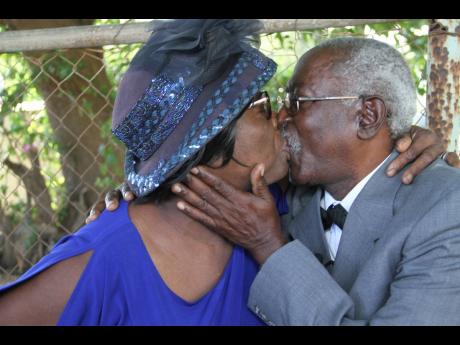 Nathaniel Stewart
The Moodies celebrate 46 years of marriage with a kiss.
1
2
3

Neville and Jennifer Moodie celebrated 46 years of marriage in July 2021 and, for them, it has been a wonderful journey that would see them walking down the same path again, if given a change to live their lives over.

Since she was a mere 16-year-old girl, Jennifer has had eyes only for Neville, but he, at the time, had other things on his mind and was not even thinking about being in a relationship.

His sister, however, who was a good friend of Jennifer’s, had other plans for him. She decided to play matchmaker and made no secrets about her intention to bring the two together in a relationship.

FROM TIME TO TIME

On his way to and from his home in Mitchell Town, Neville normally took a short cut that saw him passing Jennifer’s home in Moorlands.

“It was a shortcut to Lionel Town, and even to Vere Tech when I was attending Vere Tech. We used to see each other from time to time,” Neville recalled.

However, their relationship didn’t start until they both attended a graduation separately with their friends at The Mico College.

At the time, Neville’s friends told him that they were going to “set him up” with a girl, but he fanned off their matchmaking plans and told them he was not interested.

All that changed, he said, when he saw just who the girl was!

“I realised it was someone I already knew. My sisters knew her quite well and were trying to get us together.” At the graduation, the friendship started. “It was divine intervention”, is how he described it.

For Jennifer, it was an opportunity to get close to the man she had been always admiring from a distance.

“It was probably the dancing at the graduation ball that did it. I couldn’t dance, and he taught me how to. I stepped on his feet a lot of times, but he didn’t give up,” she remembered.

“The waltzing, the songs, and that closeness ... .” Jennifer’s voice trailed off as she reminisced on the moment that their relationship officially started.

Over the years, the Moodies, who now live in Hayes Phase II in Clarendon, have mastered the art of supporting each other as, since July 1975, when they said their ‘I do’s’, they have shared the joys of parenting four children – one boy and three girls.

The Moodies were resolute and united when raising their children. They spoke with one voice and supported each other’s decisions when it came to administering discipline. In their early years when Jennifer was attending teachers’ college, Neville was the one who looked after their children with the help of his relatives.

Over the years, they both juggled work while raising their children – Jennifer, a full-time teacher, and Neville, a civil servant.

Today, they are both recipients of long service awards – Neville for 30 years with the Ministry of Labour, and Jennifer, who taught at Hayes Primary and Junior High School, received the Golden Torch Award from the Jamaica Teachers’ Association for 35 years of dedicated service to the education profession.

The Moodies, for the greater part of their marriage, were members of two different denominations – Seventh-day Adventist and Methodist. Three years ago, however, Neville joined his wife at her church.

Reflecting on the success of their union, Neville and Jennifer agree that they ensured the communication lines were always kept opened.

“Communication is very important and, regardless of what type of disagreements you have, you shouldn’t go to bed angry at each other. You should discuss and get everything out of the way ... and our children saw that in us,” Jennifer said.