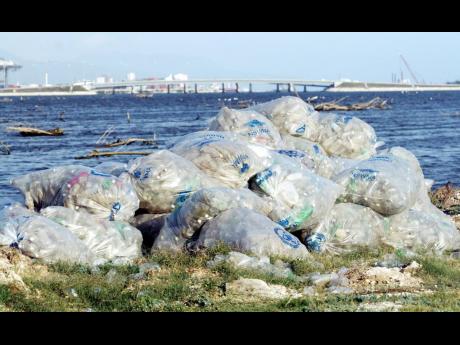 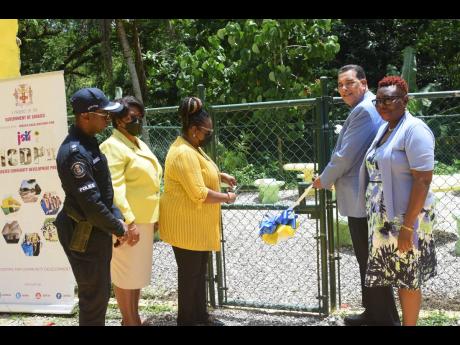 Ashley Anguin
Homer Davis (second right), minister of state in the Office of the Prime Minister West, participates in a ribbon-cutting ceremony for the opening of a new park and greenspace at the Lethe Primary and Infant School in Lethe, St James, on Thursday, June 30. Also pictured, from left: Eron Samuels, superintendent of police in charge of operations for the St James division; Dr Michelle Pinnock, regional director, Ministry of Education’s Region 4; Mona Sue Ho, senior manager in charge of social development for the Jamaica Social Investment Fund (JSIF); and Allison McGhie, principal of Lethe Primary and Infant School.
1
2

Homer Davis, state minister in the Office of the Prime Minister West, is adamant that Jamaicans must get more serious about properly managing their waste disposal, an issue which has plagued the parish of St James for several years, despite numerous calls for residents to stop littering.

Addressing a ceremony to officially hand over parks and green spaces for the Lethe and Bickersteth primary schools, both located in St James, Davis – a former mayor of Montego Bay – said that proper waste management begins with personal responsibility.

“This is something we have got to get serious about. We cannot dump the garbage in the Great River [in St James], and we cannot just dump the garbage at the roadside. We have to start taking responsibility. If we want the place to look like how some places look in America, Canada and Australia, then you have to take responsibility,” Davis said sternly.

“As I have always said, take care of the street and take care of the front of your yard like how you take care of your house. Nobody should come to the road and try to use a ‘big stick’ with a summons to take you to court because you were seen throwing garbage … . Walk with a little plastic bag in your car, but don’t throw the garbage on the road,” Davis added, referencing a similar call he made in 2020 for motorists to carry garbage bags in their vehicles.

On several occasions, the St James Municipal Corporation has had to address the issue of improper waste disposal in the parish, which is frequently blamed for the perpetual problem of rat infestation. But the issue has continued despite several education campaigns and baiting exercises carried out by the St James Health Department since 2017.

The Tourism Enhancement Fund (TEF) had also made attempts to address the issue of improper garbage disposal by motorists in 2011 by distributing 5,000 litter bags to ground transport operators in the tourism sector and members of Montego Bay’s local route taxi association, as part of a local anti-litter campaign. That initiative was sponsored at a cost of $500,000.

In 2014, the Office of Disaster Preparedness and Emergency Management pointed to the need for Jamaica to have a comprehensive waste-disposal policy, following a fire at the Riverton City disposal site on March 16 that year. The fire, which cost some $30 million to extinguish, raised fresh concerns about the constant islandwide issue with proper waste disposal.

During his address on Thursday, Davis urged the residents of the Lethe and Bickersteth communities to care for the green spaces which their respective primary schools have received. The green spaces were created at a combined cost of $3.6 million, as part of the Jamaica Social Investment Fund’s Integrated Community Development Project Part 2.

“I am appealing to the people of Lethe and Bickersteth to protect these spaces, as the Government spends millions of dollars to make our environment and to make our space liveable. What we are doing is to create a better environment for our people, and we must learn to take care of our environment,” said Davis.