Smith looking to step up in Manning Cup 2nd round 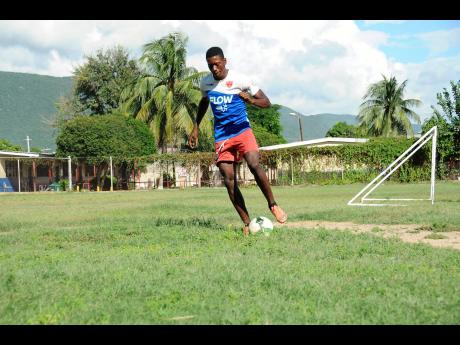 The attacking midfielder has led from the front for the Devon Anderson-coached team, who defied the odds to top the ranking after the first round of competition. But Smith, who has netted 10 goals so far this season, said he was just going through the motions in the first round, but now that they have completed that phase, he is ready for the challenge of the second round and onwards.

"I have bad games and good games. And right now, I am not playing my best, but it's not really about improving my game. I have been playing a bit slight because we have not been getting much challenge, so I am really just going through the motions," he noted.

Smith has been a part of the Holy Trinity unit for the last few seasons and he knows the second round is where the competition really begins and matches will be played with a different level of intensity. However, he believes they must continue to work together as a team to achieve their ultimate goal of winning the Manning Cup.

"The second round is the big thing. It's the big league, so you have to lift your game. I have no doubt in the players. We are one family and we have no doubt that the trophy this year is sure, sure.

"The hard work we put in will bring us success. It will pay off. So we are going to have (win) the cup this year. We have the players and we have to work as one and do it. So we know what we have to do to get the job done," he continued.

Smith says they are strongest when they play as a team, but he also knows how valuable he is to the team.

"I have an important role, but it's based on the team and how we come out and execute the game plan and everything. We will be a force to reckon with from the second round, but we have to work as one and do what we have to do to get the job done." he added.