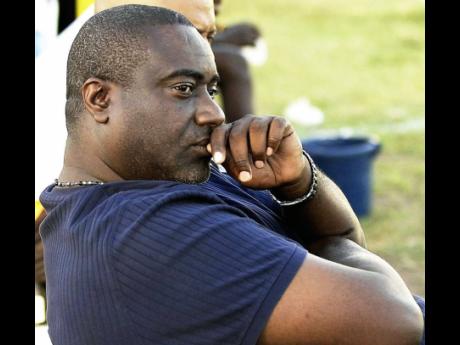 Waterhouse head coach Glendon 'Admiral' Bailey said that a pre-match incident in which a fan brandished a weapon at one of his players contributed to their 5-0 home loss to Portmore United in the Red Stripe Premier League (RSPL) at the Drewsland Stadium yesterday.

According to Bailey, some spectators came to the complex, where the team had assembled early for the game, and got in a heated argument with one of the players, which eventually led to one of the spectators pulling a weapon. However, Bailey did not specify what kind of weapon was brandished.

Although the incident was brought under control, Bailey told The Gleaner that the incident left the players in a bad frame of mind and it showed in their performance.

"We started the morning with some bad vibes at the complex, between some spectators and player, and it came right over in the game," he said.

"I wasn't there, but I heard some spectators came here early to the camp, because the players were here in the morning. And they (spectators) and one of the players got caught in an argument, and weapon was drawn," he said.

"The team didn't feel well about the situations although it was brought under control.

Bailey, who has drawn three and lost one of his four RSPL matches so far this season, says spectators should support their team in a more meaningful way.

"What they must understand as spectators is that if you are supporting your team, you support them all out. You cannot support your team and help the opposition win the match before it starts. So that incident contributed to what happened here today (Sunday). Then, going down a man short also put us up against the eight-ball.

Portmore, with braces from Ewan Grandison and Javon East, and one from Ricardo Morris, cruised to a comfortable win over the hosts. Waterhouse's Jeffrey Henry was red-carded in the 50th minute.