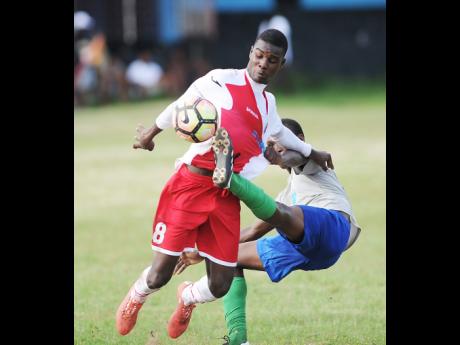 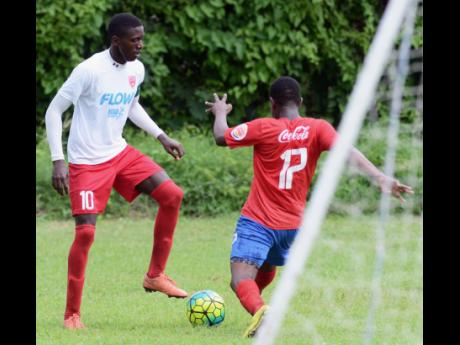 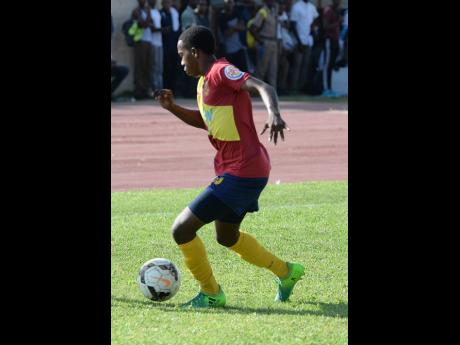 The spotlight will be on Group G of the ISSA-FLOW Manning Cup today. All four teams will be gunning for victory to avoid playing an extra game next month.

With the teams level on points and goal difference a play-off will be the first tie-breaker if today's fixtures end in draws.

In the final games in the group, Holy Trinity will tackle St Catherine at Winchester Park, while STATHS and St George's College face-off at Constant Spring. Both games start at 3 p.m.

In a release, schools sports organisers, ISSA, stated : "If there are two identical draws, there is a play-off with Holy Trinity playing St Catherine and St George's playing STATHS. Both winners qualify for the semi-finals with the winner who was seeded higher to be declared the group winners. Matches to be played on November 14. (This is because St Catherine and St George's would have played in the same preliminary group).

"If there are two draws but not identical draws, then both teams in the higher scoring game qualify for the semi-finals.

The release added: "Where there is a winner in one game and a draw in the other, the team that wins are the group winners. Both teams in the drawn game will play off for second place on November 14. Penalties will determine the winners if that match ends in a draw at full time.

JC lead Group H on maximum six points from two games and are already assured of a semi-final spot, while KC are next on four points, followed by Calabar (one) and Bridgeport who without a point and out of contention.

KC need to avoid a heavy loss in order to advance to the last four. On the other hand, Calabar are still in with a shot. They are hoping for a big win against Bridgeport at Prison Oval, in the event KC suffer a big loss.

Meanwhile Holy Trinity's coach Devon Anderson says playing closer to home will not give them much of a home advantage when they square-off against St Catherine.

The game which was first set for Prison Oval was rescheduled by ISSA and Winchester Park selected as the venue, but Anderson insists being closer to home will not make much of a difference.

"So whether it is close to our home or far away, it's the performance on the field. We still have to go out and play 90 minutes of football and apply ourselves," he added.

Holy Trinity will look to Shai Smith, Dillion McEnnis and Raheem Francis to lead them to victory while St Catherine's hopes will rest on the shoulders of captain Maleke Miller, Paul Dante and Jevaughn Cole.