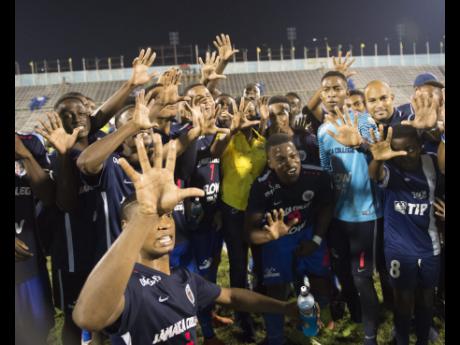 Gladstone Taylor
Members of the Jamaica College team celebrate victory in the ISSA/FLOW Manning Cup final against STATHS at the National Stadium on December 1, 2017. 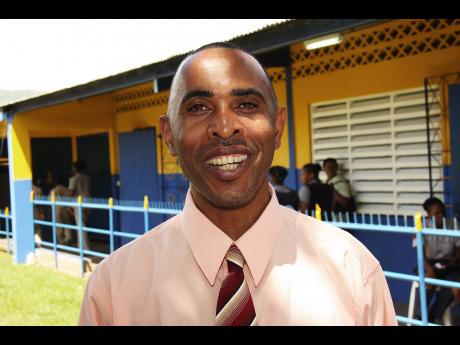 Having parted ways with telecommunications and entertainment company FLOW following the expiration of its contract for the sponsorship of local schoolboy football, the Inter-Secondary School Sports Association (ISSA) is now targeting a deal in the region of $120 million per year from its new partners.

"We would have made an assessment on the value and the cost, and, therefore, we believe that this is the figure that we want to achieve on an annual sponsorship basis going forward," said ISSA vice-president Keith Wellington.

"I don't want to say if we have got to the target, but where we are, we are very confident that we can raise sufficient funds to run the competition to the desired level."

The deal was worth $30 million per season, plus an additional minimum of $25 million per-year spend for the execution of the FLOW Super Cup. This deal expired in December last year, but until recently, it was widely believed that both parties were moving towards an extension.

However, a reported difference in the structure of the Super Cup, among other things, led to a breakdown in negotiations, with both sides eventually deciding to part ways.

In a release on Thursday, FLOW, which also supports ISSA as a major sponsor of the ISSA/GraceKennedy Boys and Girls' Athletics Championships, said that it was pleased with its contribution to local schoolboy football, while pointing specifically to the impact of the FLOW Super Cup, which it introduced in the second year of its contract.

Interestingly, it was revealed by sources that FLOW had submitted an offer worth $40 million a year, which was rejected by ISSA.

Wellington confirmed that the organisation has already found its replacement, and while he would not confirm their involvement, both Wisynco and Digicel have been strongly linked and are expected to take over for the new season. Wisynco would be deepening its involvement with the properties, after pumping $9.5 million into last year's Manning and daCosta Cup competitions.

Meanwhile, one insider, who could not speak officially on the negotiations, told The Gleaner that one of the expected new partners would be paying in excess of $70 million per year, inclusive of Super Cup execution costs, for title rights privileges.

Additionally, the Super Cup itself could see a tweak in terms of its structure and is also likely to be renamed according to the direction of discussions at this point.

"What I will tell you, when we announce who our new partners are, we will announce the new structure of schoolboy football and the changes that we will make going forward," Wellington said.

"We have already confirmed out new partners. They are secured, but we are just not ready to make the announcement yet," added Wellington, who noted that all details would made public close to or during the launch of the competitions on August 22.