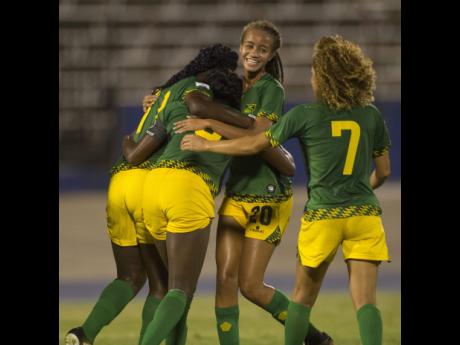 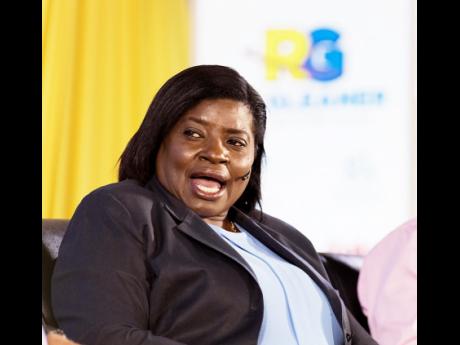 With a series of events set for the next few days, Elaine Walker-Brown, Chairman of the Jamaica Football Federation's women's football committee, said the appreciation and acknowledgement the Reggae Girlz will receive for their historic FIFA Women's World Cup qualification, will be well-received by the team.

The senior Reggae Girlz, secured their place in women's football's showpiece event in October, via a penalty shoot-out win over Costa Rica, taking third spot in the Concacaf Women's Championship and the last available spot from the confederation for the World Cup.

As a result, Jamaica became the first Caribbean country to qualify for the Women's World Cup and the first to send teams to both the male and female World Cup tournaments, after the Reggae Boyz's famous qualification to the 1998 World Cup, which also took place in France.

The Jamaican government will honouring their accomplishment over the next few days with a number of events, which are also meant to give fans a chance to meet the players.

"To see the country and Parliament coming out and acknowledging their achievement for being the first Caribbean nation to get to the World Cup, will definitely make them feel special," she added.

Although the government has been criticised in some quarters for doing this too late, after the euphoria had died down, Walker-Brown pointed out that the schedule was a matter of availability in regards to the team members.

"The girls are out on holidays, so they are all available, so this was the best time to host them. But the Girlz are deserving of all this and anything more they get. I am also pleading to corporate Jamaica because the preparation is expensive and we want them to get all the preparation they can get to go and represent," she added.

The overseas-based members of team were due to arrive in the island yesterday. Today, they will be hosted at a civic ceremony in Sam Sharpe Square, Montego Bay, where they will receive the key to the city. The team will then be taken on a motorcade to Kingston, with the convoy set to make several stops along the way.

The delegation will arrive at the G.C.Foster College of Physical Education and Sport on the outskirts of Spanish Town at 2:30 p.m. for a meet and greet, which will last for one hour.

They will then leave GC Foster and head right onto Brunswick Avenue; right onto Young Street; Left onto Burke Road and onwards to Mandela Highway through Twickenham Park and Central Village.

The route will take the convoy through Six Miles and on to Washington Boulevard/Dunrobin Avenue before heading right onto Constant Spring Road and through Half Way Tree Square.

and will be able to get a good look at the girls in Half-Way-Tree with the motorcade expected to stop in the busy thoroughfare for 15 minutes before heading down Half Way Tree Road, through Cross Roads, ​onto Slipe Road and towards the Anthony Spaulding Sports Complex after a right turn at Torrington Bridge, which will take them across Rosseau Road, followed by a left turn on Beechwood Avenue.

Tomorrow, the team will meet and greet members of the press before attending a thanksgiving concert, which will be open to the public, at Emancipation Park.

On Monday, they make courtesy calls to Her Excellency Lady Allen, Mayor of Kingston, Councillor Delroy Williams and leader of the Opposition, Dr. Peter Phillips. Later that day they will visit the Women’s Centre of Jamaica Foundation, before closing off the day with a reception hosted by the Prime Minister, Andrew Holness.

On the final day of celebrations on Tuesday, they will be treated to an excursion into Mystic Mountains and Dunns River, before attending a dinner hosted by Sandals. The overseas members depart the island Wednesday.

"They will receive the keys (for Kingston and Montego Bay) from the mayors, they will go and meet MP and oppositions, they will be hosted like royalty. They are going to have a lot of fun," Walker-Brown stated.